Blackfriars Priory School in South Australia recently unveiled a new statue of St. Dominic, a 12th century saint. That makes sense for a Catholic school. The problem is that the statue includes a child… and a very poorly placed loaf of bread.

As you can see, the statue has since been covered up. Because no one wants to see a random foot-long.

“Like who the hell designed, approved and erected it and no one thought about it,” one Instagram user commented.

“Was there seriously no one that looked at this before it was installed,” another said. One commenter added: “This is the first time bread has been unappealing to me in my whole life.”

The adults who gave a green light to the statue didn’t notice the problem, but the children sure as hell did. They began taking pictures of (and with) the statue as soon as it went up. The popularity of the statue may actually be what tipped off administrators that they needed to take another look at it.

Alas. Now no one gets to have any bread.

My money’s on the sculptor totally knowing what he was doing. He’s probably laughing his ass off right now. And he would deserve it, too. There were so many ways he could have sculpted a saint and a child and he went with that. It can’t be a coincidence.

November 21, 2017
The Museum of the Bible Should Do More To Show the Book's Modern Shortcomings
Next Post 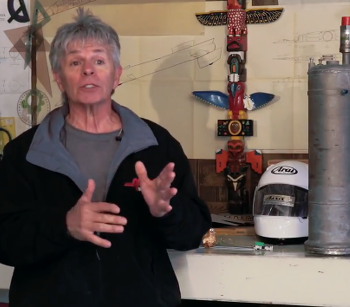