Christian Activist: Roy Moore Dated Girls Because All the Older Women Were Taken

During an interview with Alabama radio hosts Matt Murphy and Andrea Lindenberg, Christian activist Flip Benham offered one of those most awful excuses yet in defense of Senate candidate Roy Moore. 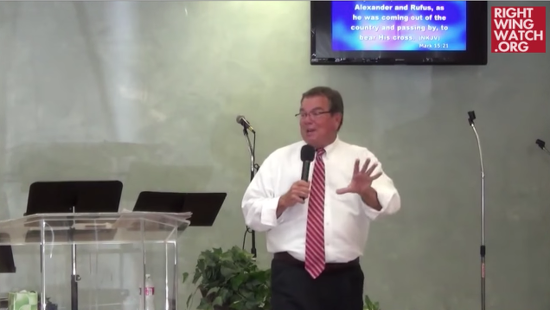 When the hosts asked about Moore’s apparent desire to go after underage girls — and allegedly molesting at least one 14-year-old — Benham didn’t deny it. Instead, he offered what he felt was a reasonable explanation for Moore’s desires.

“Judge Roy Moore graduated from West Point and then went on into the service, served in Vietnam and then came back and was in law school. All of the ladies, or many of the ladies that he possibly could have married were not available then, they were already married, maybe, somewhere. So he looked in a different direction and always with the [permission of the] parents of younger ladies … He did that because there is something about a purity of a young woman, there is something that is good, that’s true, that’s straight and he looked for that.”

How’s that for a defense? The ladies his own age were all taken, so he had to start scouting potential wives at local malls.

Was “purity” really the concern, though? The hosts pointed out that Moore’s wife Kayla was divorced when he began dating her, and many fundamentalist Christians see that as a sin. Benham claimed he didn’t know about Kayla’s marital status.

And then, in a remarkable self-inflicted wound, Benham asked the hosts if it was okay for a grown man “to date and court a young lady who is 14 years old with their parents’ consent.”

“Not at my house!” said Lindenberg. Benham took offense to that response because she was suggesting that she knew what that girl needed better than the girl’s own parents.

If that was supposed to be a strategic question, though, it failed miserably when Murphy asked Benham a logical follow-up: “Is it alright for a man to court and to date a young lady, with her parents’ permission, who is 10 years old? Yes or no?”

After a pause, Benham responded, “Well, I don’t think that that would happen.”

When Murphy explained he was asking the exact same question that Benham had posed but had simply changed the age of the girl in question, Benham endlessly protested and tried to dodge the question before eventually agreeing that a grown man dating a 10-year-old girl would be inappropriate.

“Congratulations, Flip,” said Murphy. “Now you are in the modern world.”

Unbelievable. Roy Moore’s defenders aren’t even trying to pretend the allegations about his actions are false. Instead, they’re coming up with excuses for why it’s totally acceptable for an older man to “date” a barely teenage girl.

This is conservative Christianity at its peak: Awful excuses for awful ideas, all in the name of political power.

Every single person who uses the label “evangelical” should be ashamed of what Christians across the country, but especially in Alabama, are trying to defend in the name of Jesus. It’s disgusting — and yet Christians have the audacity to claim they still have some moral authority. 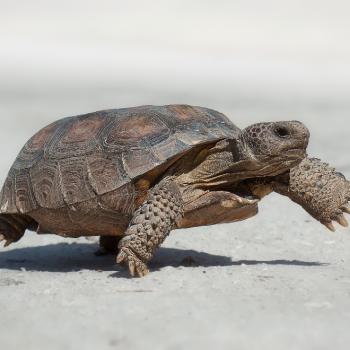 November 21, 2017 A Major Church/State Separation Case May Be Thwarted by an Animal
Browse Our Archives
What Are Your Thoughts?leave a comment