The Canadian Government Will Formally Apologize to Persecuted LGBTQ People

In the U.S., Christians are debating whether an accused pedophile with multiple victims who has also said “homosexual conduct should be illegal” should represent Alabama in the Senate. And the President has nominated and appointed an obscene number of anti-LGBTQ judges for lifetime appointments on federal benches while straight-up banning openly trans people from the military (though a court has partially blocked that attempt).

Meanwhile, in Canada, Prime Minister Justin Trudeau plans to issue a formal apology to LGBTQ2 people (the “2” represents “two-spirited“) for all the persecution they’ve ever had to deal with.

On November 28, the Government will offer a formal apology to LGBTQ2 Canadians in the House – for the persecution & injustices they have suffered, and to advance together on the path to equality & inclusion.

This isn’t simply a political stunt. It’s a response to a very real problem in the nation’s history:

Starting in the 1950s and lasting until 1992, thousands of Canadians in the military, RCMP and across the civil service were fired. [Once-fired civil servant Martine] Roy refers to it as “the purge” by which the government tried to weed out people it felt were susceptible to foreign intimidation and blackmail because of their sexual orientation.

There is a class action lawsuit on behalf of 2,000 people against the government that is still in the courts, and no settlements have been announced. It’s unclear if Trudeau will address that.

Still, it’s a big step forward in correcting a historic injustice. And it’s another way in which those of us on this side of the border will have to watch with jealousy since our current government is unable to admit any wrongdoing about anything ever.

November 20, 2017
Dad Who Let His Child Die of Meningitis is Playing the Victim
Next Post 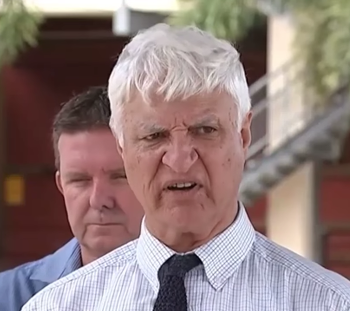