Roy Moore is still being defended by a group of faith-based hypocrites, and they’re all helping each other dig their shared hole even deeper.

Yesterday, preacher Mark Burns, whose own biography is full of lies, appeared on AM Joy to defend the honesty and integrity of Moore.

When host Joy Reid asked Burns about whether a man’s morality matters in an election, Burns responded with a deflection, saying morality wasn’t “the only quality that makes a good leader.”

But if Moore didn’t have morality going for him, what the hell else was he running on?!

It was also awkward that when Burns was asked if he was a moral leader, he couldn’t give a straight answer.

The interview took a really sour turn, though, when Burns questioned the credibility of the multiple women who have accused Moore of hitting on or assaulting them:

“I think the great people of Alabama are realizing that, which is why the majority of Alabamians are still going to vote for Roy Moore, even the governor, even the women that stepped up and said ‘we’re still supporting Roy Moore,’ because their understanding, it is extremely suspicious that this is all coming out after he’s become the candidate,” he added.

As one accuser has already said to the media, she didn’t tell her story because “no one asked.” Others didn’t come forward because they feared repercussions. Others worried they wouldn’t be listened to or believed. All that should matter is that they’re telling their stories now.

For a man who spent the beginning of the segment talking about how he’s spent a lot of time ministering to abused women, you’d think taking their stories seriously would be a given.

But even that response paled in comparison to Pastor Franklin Raddish of the Capitol Hill Independent Baptist Ministries, who told AL.com that this controversy was just indicative of a “war on men.” He added that women were the real problems.

“More women are sexual predators than men,” said Raddish. “Women are chasing young boys up and down the road, but we don’t hear about that because it’s not PC.”

Or we don’t hear about it because it’s not true.

Even if it were true, though, what the hell would it have to do with the allegations against Moore?!

If these are the best character witnesses for Roy Moore, it should send a clear message to the voters in Alabama: Vote for Doug Jones and save your entire state further embarrassment. 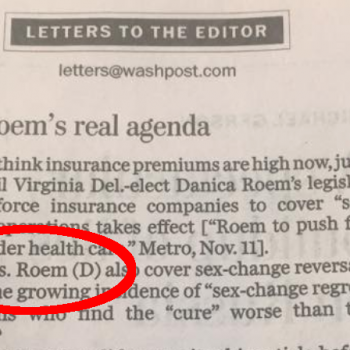 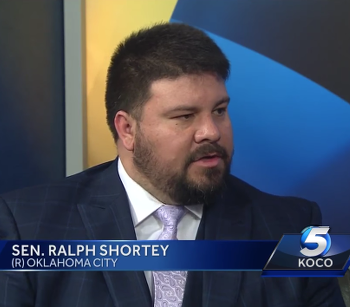