From now until next Saturday, West Virginia is honoring “Christian Heritage Week,” where the state government promotes Christian lessons, songs, and prayers… and raises valid concerns about church/state separation. 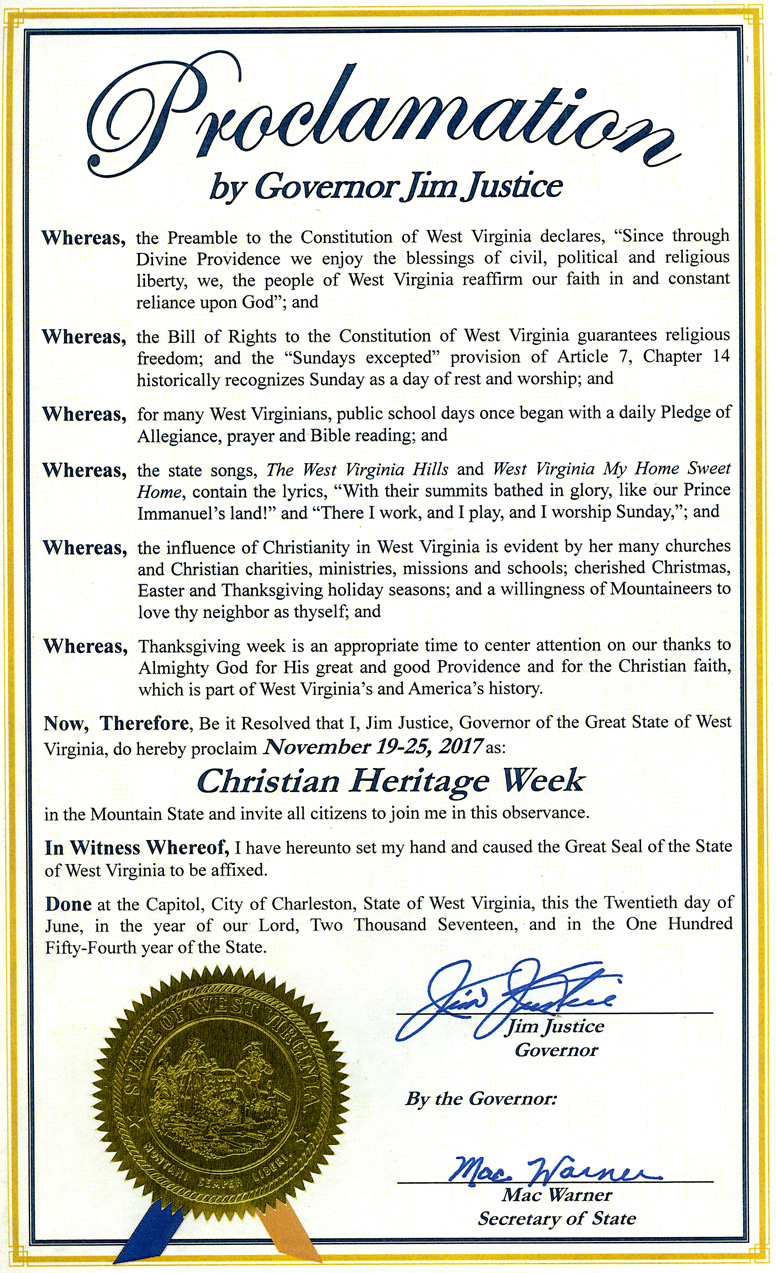 The ACLU of West Virginia has called on this to be the last Christian Heritage Week by sending a letter to the state’s governor. The group said on Thursday that the courts have “been clear” that “no religion should have the appearance of having special privilege, favor or endorsement from the government.”

“Christian Heritage Week” certainly violates the idea that no religion will be given special favor. People of other faiths including Muslims, Jews, indigenous religions and even those who proclaim no religion have all made substantial contributions to the growth and development of West Virginia. Yet no other religion is singled out to celebrate their history or heritage; this gives the appearance of favoring one religion over others. It is similarly troubling that “Christian Heritage Week” routinely falls on the week of Thanksgiving — because it entangles a national, secular holiday with a celebration of a particular religion.

This is exactly right. Every year, for 26 years, West Virginia has proclaimed “Christian Heritage Week” to overlap with Thanksgiving, in essence trying to hijack the holiday for a particular faith. That’s not a coincidence.

The ACLU also says Christian Heritage Week is “an undue and unnecessary entanglement of politics and religion.” The push for the proclamation comes from none other than Christian pseudo-historian (and guy without a Ph.D. no matter what he says) David Barton, who has said a number of ridiculous things — including that God gives us bad weather because women are having abortions.

If Barton’s involved, the ACLU says, there’s even more reason to be concerned.

Mr. Barton has advocated for more entanglement of Christianity in all levels of the government, spread misleading information about the historical and legal principle of secularism and promoted anti-immigrant, anti-LBGT and anti-Muslim rhetoric. We are in a new era where these groups are facing increased vitriol and violence. We are calling on Governor Justice and all our leaders to recognize this and refuse to give a platform to those who would amplify this hate. Instead we must commit to being a state where people of all faiths, or no faith, are welcomed and treated as equals.

The response here is fairly reasonable. Does anyone reasonably think a Muslim Heritage Week or Atheist Heritage Week would ever be honored in the same way? (What if it coincidentally took place in December?) If you hesitate in answering that question, that’s because this event is almost certainly a promotion of Christianity by the government. And that’s why the state should put a stop to it even if the ACLU isn’t threatening any sort of lawsuit for the moment. 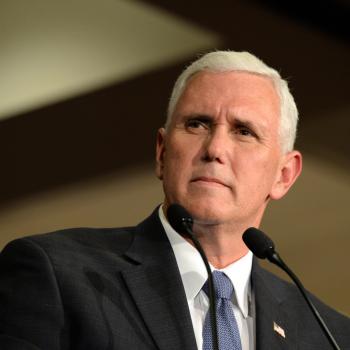 November 19, 2017
The Biggest Problem with the "Mike Pence Rule" Is That It Exists At All
Next Post