Did you know that Christians today are going through exactly what the Jews went through during the Holocaust?

It’s true. At least according to right-wing conspiracy theorist Rick Wiles, who said on his show Thursday night that a “new Nazism” was coming to America with the intent of killing Christians.

“There is a hatred of Christianity,” Wiles warned. “The homosexuals, the leftists, the socialists, the communists, the deep state in Washington, they hate [the Bible], they’re going to team up with the Muslims, you’re going to have an alliance of God-haters that are coming together to form a new Nazism in America.”

“Right now, what we are experiencing is what the Jews experienced in the ’30s and early ’40s in Nazi Germany,” he continued. “That spirit of Nazism slaughtered millions of Jews, that spirit in here in America. Let me tell you something, it’s going to be different this time. The Christians are going to be rounded up.”

He added that Christians would be pushed into a “digital ghetto,” whatever that means.

I’ve had many conversations with atheists, LGBTQ people, and liberals… and somehow, the plan to round up the Christians and execute them never comes up. It’s unfair, really, that they all keep me in the dark about their plans.

Or maybe no one’s going after Christians, conservatives Christians have more power today than any other time in our nation’s history, and there’s a call for the government to treat Christianity the same as all other belief systems.

Equality, to people like Wiles, amounts to a new Holocaust. He wants special treatment, all the time. 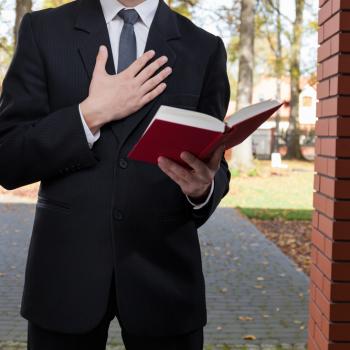 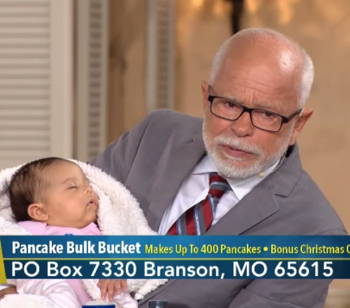 November 18, 2017 Jim Bakker: Look At This Baby, Then Buy My Giant Buckets of Food
Browse Our Archives
What Are Your Thoughts?leave a comment