Jim Bakker: Look At This Baby, Then Buy My Giant Buckets of Food November 18, 2017 Hemant Mehta

Jim Bakker: Look At This Baby, Then Buy My Giant Buckets of Food

Televangelist Jim Bakker is so desperate for everyone to buy his giant buckets of food that he used one of his grandchildren as a prop yesterday. But it’s for the best, since we’re going to need the apocalyptic food when Democrats murder Donald Trump and regain control of the government.

“If they kill our president or they destroy him or whatever, if we elect the other side,” Bakker said, “this is it. I think maybe Trump is here to give us time to get ready because all hell is going to break loose. We’re not going to have the Antichrist show up to get the sign of the Mark of the Beast on our forehead or hand, it won’t happen without hunger. Hunger is going to be the main thing. Most people don’t get it, they don’t want to get it, but that is why I am so obsessed with you all being prepared.”

Bakker’s wife, Lori, warned that Christians who don’t think they would ever accept the Mark of the Beast will inevitably do so when they see that their children or grandchildren are starving, which prompted Bakker to bring out his newborn grandson, whom he cradled as he wept, saying, “I hear them crying, I’ve heard them crying for years and God says, ‘What will you do if these babies are starving?’”

If my baby is starving, I’m not going to prolong its suffering by feeding it the most God-awful bucket food ever made.

But I think that baby deserves some credit for having the right idea and just sleeping through everything Bakker does. It’s really the smarter way to handle everything. 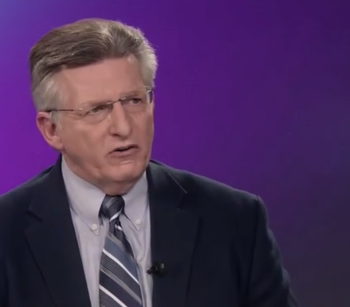 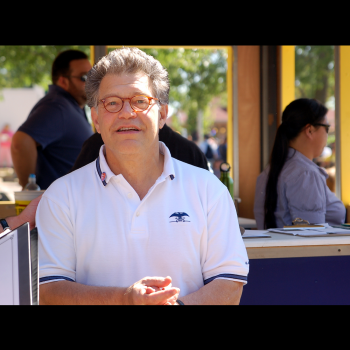