Alabama Gov: Roy Moore May Be a Child Molester, But At Least He’s Not a Democrat November 18, 2017 Hemant Mehta

Alabama Gov: Roy Moore May Be a Child Molester, But At Least He’s Not a Democrat

She said of his accusers, “I certainly have no reason to disbelieve any of them.” She added: “There’s never an excuse for or rationale for sexual misconduct or sexual abuse.”

Then, when asked if she was voting for Moore, she made a shocking revelation:

“I’m going to cast my ballot on December the 12th, and I do believe the nominee of the party is the one I’ll vote for,” Ivey said. “I believe in the Republican Party, what we stand for, and most important, we need to have a Republican in the United States Senate to vote on things like the Supreme Court justices, other appointments the Senate has to confirm and make major decisions. So that’s what I plan to do, vote for Republican nominee Roy Moore.”

By her own admission, then, she would rather have a Republican child molester representing her state in the Senate than an intelligent, squeaky-clean Democrat.

Usually, conservatives don’t admit that. They’ll waffle over believing the accusers. They’ll say something like, “The Roy Moore I know would never do such a thing.” They won’t answer the question about who they’re voting for, hoping that people will eventually just stop asking them.

But to openly admit that securing a vote for conservative judicial nominees matters more than the multiple victims of abuse by Roy Moore? That’s appalling. When Senator Mitch McConnell was stealing President Obama‘s Supreme Court seat last year, he gave absurd answers about how a president couldn’t nominate someone in his final year (that’s a lie) and how he definitely wouldn’t confirm anybody that wasn’t beloved by the National Rifle Association.

… I can’t imagine that a Republican majority in the United States Senate would want to confirm in a lame duck session a nominee opposed by the National Rifle Association, the National Federation of Independent Business that represents small businesses that have never taken a position on the Supreme Court appointment before. They’re opposed to this guy.

The Kay Ivey version of that response would’ve been, “We’re not going to seat someone who isn’t opposed to legal abortions.” The timing was irrelevant. The candidate didn’t really matter unless it was an arch-conservative. But McConnell played the game. He told a lie to preserve the idea that country matters more than party.

To Kay Ivey, even a child molester with an “R” after his name is worth voting for as long as it stops a reasonable Democrat from taking the seat.

The Religious Right ought to be ashamed by all this, but they gave up their moral authority a long time ago. Maybe now they’ll just openly admit they don’t give a damn about LGBTQ people instead of pretending they’re for “religious liberty.” Or admit that they want Christianity to receive special treatment on government property instead of making up a lie about how the Ten Commandments form the basis for our legal system.

Conservative Christians been lying long enough. How many of them realize the game? 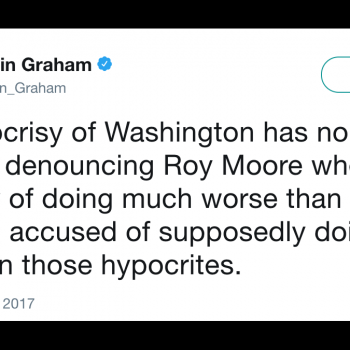 November 18, 2017
Franklin Graham: Those Denouncing Roy Moore Are "Guilty of Doing Much Worse"
Next Post 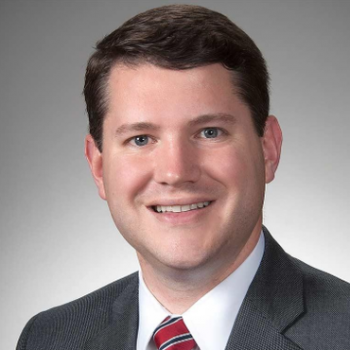 November 18, 2017 Christian Groups Said Nothing as Teen-Groping Republican Rose to Power
Browse Our Archives
What Are Your Thoughts?leave a comment