Why Do “Decent” Christians Support the Toxic Roy Moore?

How can any decent Christian — decent people in general, really — support a moral monster like Roy Moore? 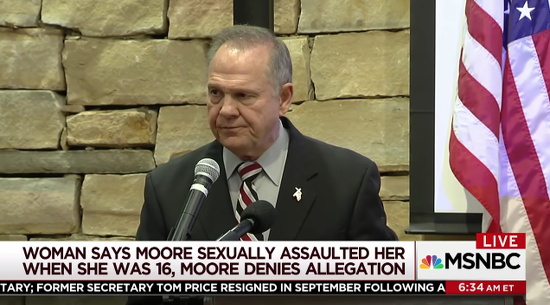 The answer, says Professor Susan M. Shaw, depends on how you define “decency”:

… many Christians on the political and religious Right can think of themselves as decent because their behaviors fit within and support the dominant social order, unlike women who have sex outside monogamous heterosexual marriage or queer people or transpeople. Because decency means supporting and obeying the dominant social order, decency doesn’t have to encompass action on behalf of the poor or refugees fleeing violence or Puerto Rican victims of hurricanes. Because decent Christians fit within the rigid social and religious boundaries of white, capitalist, heteropatriarchy, they can see themselves as good, law-abiding, God-fearing people, even as they endorse laws and policies that harm and oppress others who, as people outside the boundaries of decency, are legitimate targets of discrimination, dehumanization, and even violence.

To put it another way, because evangelicals are working towards an ideal society without sin, it’s easy for them to overlook the awful ways they treat others or the obvious problems they ignore. They still support Roy Moore, despite the pedophilia charges, because look at the traditions he stands for. They cause harm to LGBTQ people because they’re fighting for biblical marriage. They look past Donald Trump‘s myriad flaws because he says he’ll bring back Christmas!

Protestants believe that faith alone is all that is required to make someone “good,” not their actions. God will judge you, they say, on the condition of your heart — something only God can see — and not your deeds, which is how the rest of us judge everyone’s character.

Supporting a predator? Who cares. God knows they mean well when they cast that vote.

At the same time, however, Christians are supposed to be “known by their fruits.” It can’t be good for the reputation of Christianity when “good fruit” means supporting toxic officials accused of egregious abuse, punishing poor people for their lot in life, and appearing to love guns more than the innocent people killed by them.

Even they should recognize that spreading the gospel requires the “unsaved” not to be repulsed by the Christians they meet. Their own actions are making it harder for people to accept Jesus. Either they don’t realize it, which suggests incredible ignorance, or they don’t care, which is the stereotype critics use against them already.

The “Religious Right” is neither. 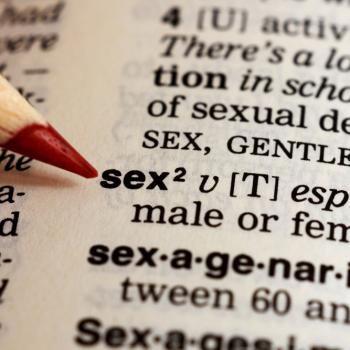 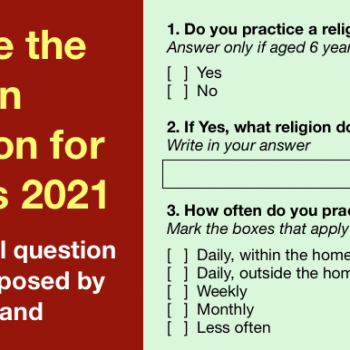