Why Does This Military Official’s Business Card Have “John 3:16” on the Back? November 14, 2017 Hemant Mehta

Why Does This Military Official’s Business Card Have “John 3:16” on the Back?

A Command Master Chief at the Naval Air Station Joint Reserve Base in Fort Worth, Texas is handing this out as his business card while at work. 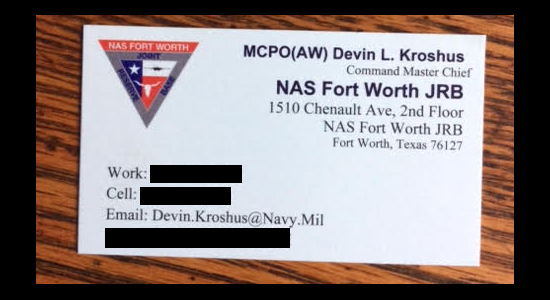 But for some reason, this is what it says on the back of Devin L. Kroshus‘ business card. 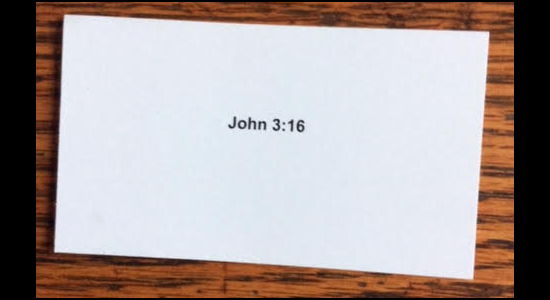 Why would a high-ranking non-commissioned officer, who reports directly to Commanding Officer Captain Jonathan R. Townsend, be allowed to promote the most famous Bible verse through business cards he hands out for government business?

That’s what the Military Religious Freedom Foundation’s Mikey Weinstein wants to know. One of his clients sent him those pictures and Weinstein has now sent a letter to Townsend trying to get some answers. (MRFF says it is representing 14 different clients, including 10 Protestants and Roman Catholics, two atheists, one Jew, and one Muslim.)

Captain, with all due respect, sir, can you even IMAGINE the enormity of the unbridled fury and outcry if the back of that official Navy business card had likewise brazenly displayed a citation from the Koran, the Book of Satan or from a well-recognized atheist text?

In a phone call with me last night, Weinstein referred to the incident as a “filthy disgusting denigration” of the military. Overblown? Perhaps. But he’s not wrong. There’s no other religious book you could quote on a military business card without some sort of pushback. The only question is what the military will do now that they know a high-level official is using his title and authority to push Christianity on everyone he meets.

We also don’t know what else Kroshus is getting away with. If he thinks it’s okay to put a Bible verse on a business card, is he proselytizing in other ways, too?

For those Christian groups defending this, calling it innocuous or a personal belief rather than overt proselytizing, I would reiterate Weinstein’s question: What would you do if someone had a verse from the Qur’an highlighting on the backs of their military business cards? 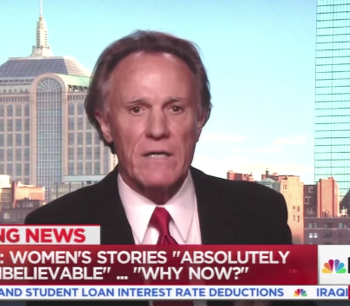 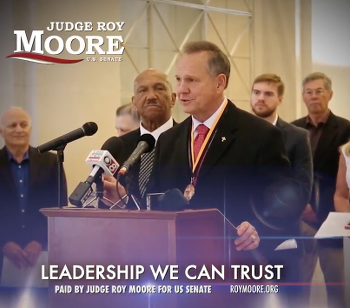