If you don’t watch CBS’ Young Sheldon, you should at least check out this clip in which the main character challenged a pastor from the pews. It was the equivalent of a skeptic holding up a “Citation Needed” sign during a sermon.

PASTOR JEFF: Sometimes, people say to me, “Pastor Jeff, how do you know there’s a God?” And I say it’s simple math. God either exists or He doesn’t. So let’s be cynical. Worst case scenario, there’s a 50/50 chance! And I like those odds!

PASTOR JEFF: Well, Sheldon, why don’t you come on up here and tell me how I’m wrong?

PASTOR JEFF: So, you were sayin’?

SHELDON: You’ve confused possibilities with probabilities. According to your analogy, when I go home, I might find a million dollars on my bed or I might not. In what universe is that 50/50?

PASTOR JEFF: So what do you think the odds are that God exists?

SHELDON: I think there’s zero. I believe in science.

PASTOR JEFF: So you don’t think science and religion can go hand in hand?

SHELDON: Science is facts. Religion is faith. I prefer facts.

PASTOR JEFF: I understand that. Here’s a cool fact for you: A lot of famous scientists believed in God. Isaac Newton. Albert Einstein. Even Charles Darwin.

SHELDON: So Darwin’s right about God and wrong about evolution?

PASTOR JEFF: Now you’re getting it! Let’s give it up for Sheldon, everybody! What a good sport…

SHELDON [Voiceover]: But I wasn’t a good sport. At that moment, I vowed to come back the following Sunday and destroy Pastor Jeff.

I would’ve watched the rest of that debate…

Here’s what the following week in church looked like:

PASTOR JEFF: Now everybody knows on the First Day of Creation, God said, “Let there be light.” And there was light! And when God saw that light, He knew it was good…

SHELDON: You said He didn’t create the Sun until Day 4.

SHELDON: So how could there be light the first three days?

SHELDON: So God’s a photon?

SHELDON: And what day did He do that?

PASTOR JEFF: I would think Day One.

At this point, Sheldon’s family begins talking quietly about the best way to leave the church and put an end to this debate.

PASTOR JEFF: … Because the First Day had just begun!

SHELDON: So before the Big Bang?

PASTOR JEFF: There was no Big Bang! There was only The Word!

SHELDON: Was the word “Kaboom”?

The whole show should just be Sheldon and the Pastor. I would watch that.

(Thanks to Taylor for the link) 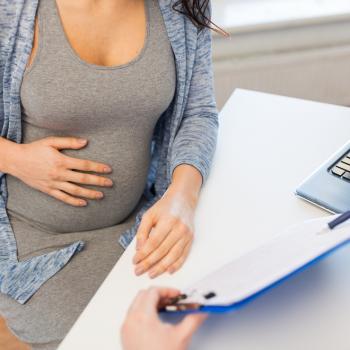 November 14, 2017
The Anti-Abortion Crowd's Latest Supreme Court Case Could Backfire on Them
Next Post 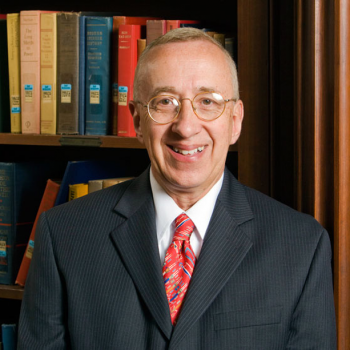 November 14, 2017 Catholic Church Waits 25 Years to Reveal Pedophile Past of Arizona Professor
Browse Our Archives
What Are Your Thoughts?leave a comment