Frank Schaeffer, a former evangelical Christian who, with his father, really helped create the Religious Right, is now one of its most vocal critics.

You can imagine the anger he feels as more victims say Roy Moore molested them when they were kids, and the frustration and disappointment toward evangelical Christians for sticking by his side.

All of that rage spilled out during a recent interview on AM Joy. Enjoy this video. It’s nice to see such honest criticism from someone who used to be part of the evangelical “tribe”:

… What we’re watching here is a massive shift in politics, demography, but also religion. American white evangelical Christianity that I grew up in is now part of a white supremacist movement that wants to hold onto power whether it’s by gerrymandering, voter suppression, racism, white supremacy, or even violence…

We are in a pit. This is what Hell looks like: a country where people talk about morals and wave Bibles, defending someone who’s accused of pedophilia. That’s about as low as you can get.

The last 30 seconds will put a smile on your face.

Schaeffer is right. If only other white evangelicals realized they were being duped by the Republican party to perpetuate political power at the expense of anything Jesus supposedly preached in their holy book.

It’s not that evangelicals make up a large portion of the GOP. It’s that the GOP has overwhelmingly infiltrated their churches to the point where voting for a Republican is treated as a Commandment. When you’d consider voting for an accused child molester instead of the KKK-fighting Democrat, you know some heavy religious manipulation is at work. 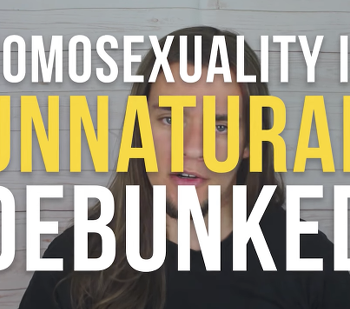 November 13, 2017
Homosexuality Goes Against the Laws of Nature (Debunked)
Next Post 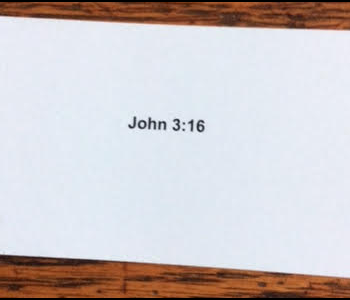 November 14, 2017 Why Does This Military Official's Business Card Have "John 3:16" on the Back?
Browse Our Archives
What Are Your Thoughts?leave a comment