Even This Creationist Thinks the Christian Movie “Let There Be Light” is Awful November 13, 2017 Hemant Mehta

Whenever a new Christian-themed film comes out, you’ll almost always hear the same criticism from atheists: It relies too heavily on stereotypes to be worthwhile. The most famous example may be God’s Not Dead, which featured an atheist professor persecuting a Christian student who challenged him, only to convert by the end of the movie.

You show me the premise of a Christian movie and I’ll tell you exactly what happens at the end. There’s never a surprise, because anything less than a happy ending in which the Christian triumphs over evil and everyone turns to Jesus would be unacceptable to the people buying tickets.

That’s why you have to appreciate it when a Christian publication is willing to say those films are awful. 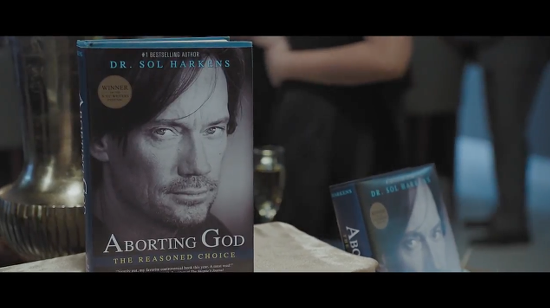 Kevin Sorbo, the atheist professor in God’s Not Dead, recently released a new film called Let There Be Light in which he again plays an atheist who finds God. The movie’s been panned by secular critics, but it’s now getting a bad review from — wait for it — Creationists.

Lita Cosner of Creation Ministries International — a group that used to be affiliated with Ken Ham — calls it a “deeply forgettable movie” that’s nothing more than a “collection of cheesy Christian movie tropes jumbled together.”

I can’t believe I’m saying this, but the Creationist is right. She highlights some of the caricatures in the film that prevent her from enjoying it.

The atheist was an alcoholic divorced man who emotionally neglected his kids — because that’s what all atheists are like, right? And his Christian ex-wife is perfect, because all Christians are perfect, right? And they even managed to stereotype the idea of the pastor who used to be a bad boy, down to him still talking like a Mafioso — “Jesus got whacked”. Really?

The movie also preys on a common Christian fear of radical Islam. ISIS is mentioned several times, with one ex-Muslim portrayed, but the idea conveyed is that all Muslims are like ISIS, and somehow the app is even supposed to counter them.

What?! Not everyone fell for the stereotypes?! Nice job, heathens! *High five*

Cosner also has problems with how the Gospel is presented. Sorbo’s character doesn’t come to Jesus because people convinced him to using the Bible, but rather because he suffered a traumatic experience. That, to her, suggests that the Bible alone isn’t enough to bring atheists to Christianity, which she finds discouraging.

Ironically, one of her suggestions would’ve made the film even worse. She says the movie got the idea of death all wrong, because while the atheist’s family is struggling with the loss of a loved one, it misses the chance to explain the Book of Genesis.

… [Filmmakers] never addressed the real reason there is death and suffering in the world in the first place. Here they could have demonstrated from Genesis how sin brought upon us the penalty of death, and why Christ died to pay the price for our sins, and how those in Christ can look forward to the Resurrection where there won’t be any more cancer or sickness or death.

I wish the producers had done that. It would’ve given critics even more material to mock.

But give Cosner credit for pointing out the flaws in a movie meant to appeal to people just like her. When even Christians argue that a movie like this is too heavy-handed to be useful, you know it’s bad.

By the way, the bottom of that review seriously includes an advertisement for a film (“without stereotypes and gimmicks”) that explains why Jesus is the solution for people who claim to have seen UFOS or been abducted by aliens.

What a horrible placement for the ad. You can’t say a movie is awful and unreasonable, then tells readers why they should watch a film that sounds even more irrational. 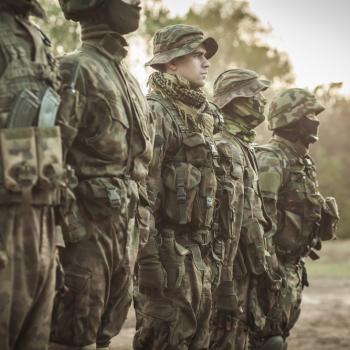 November 13, 2017
Drill Instructor Gets 10 Years for Abusing Muslim Recruits Leading Up to Suicide
Next Post 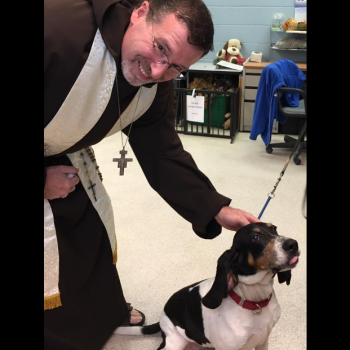