Back in September, the American Atheists Legal Center sent a letter to the Bergen County Animal Shelter in New Jersey because a member had alerted them that the shelter invited a priest to bless all the animals. Locals could even bring their own pets to the shelter to have them blessed. Franciscan Bishop Kenneth Reihl did the honors a week later. 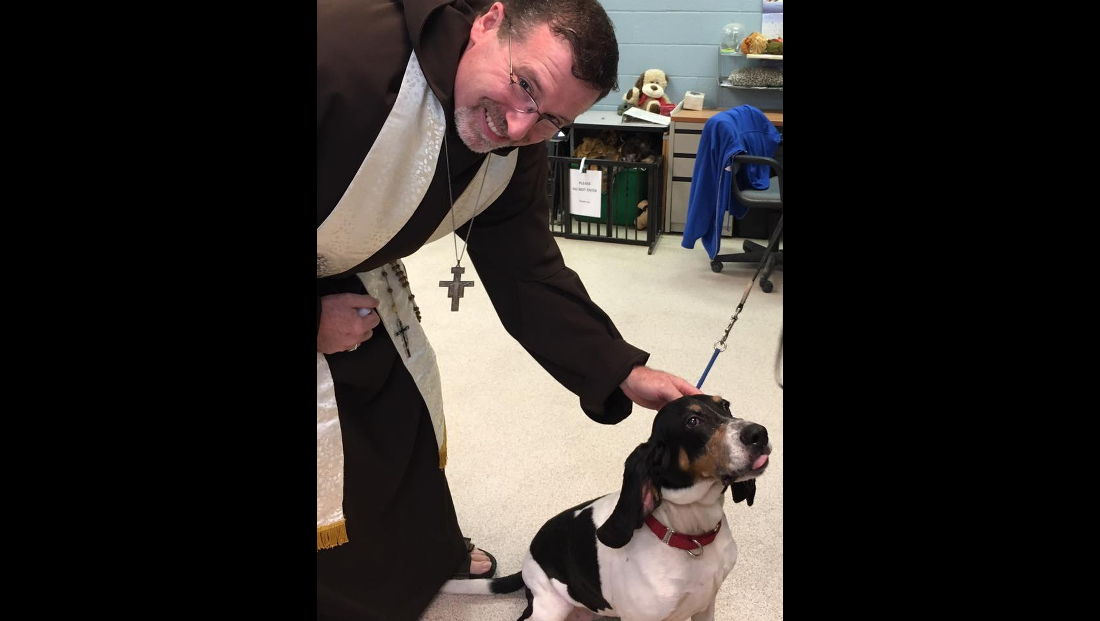 The problem here isn’t that the prayers are useless. It’s that the BCAS is a government-run facility that receives taxpayer money.

It the report from our complainant is accurate, it appears that the BCAS’s Event violates each prong of the Lemon Test. Though no possible secular purpose could be served by inviting a Franciscan Bishop to a government facility to “bless” residents’ pets, the policy’s religious intent is readily apparent. So too is the fact that the Event will have the primary effect of advancing a particular religious viewpoint. The decision by a government facility to host an expressly Catholic religious observance and devote government resources to promoting and conducting the event does nothing other than promote Catholicism in the community and convey to residents that the Catholic faith is favored by the Bergen County government. Finally, hosting and promoting a religious ritual and placing government personnel and resources under the control of a member of the clergy (or, conversely, a member of the clergy under the control of government personnel) creates the very form of excessive entanglement which the Establishment Clause was intended to prevent.

That letter was ignored. Which is why American Atheists has now filed a lawsuit against the shelter on behalf of member Candice Yaacobi:

Upon arriving at the BCAS [to adopt a chihuahua], Candice encountered Reihl, in full Franciscan vestments, standing directly in front of the reception desk to greet anyone arriving at the facility.

As a humanist atheist, being forced into an encounter with a member of clergy in order to avail herself of government services sent Candice the message that the BCAS and Bergen County regarded her as inferior to those citizens who happened to adhere to the favored religious view.

You may roll your eyes at that, but the point is that she’s not just some random person trying to pick a fight. She has legal standing to bring about this suit because she was directly affected by it.

Attorney Geoffrey T. Blackwell noted that this should have been prevented after their first letter, but the shelter chose to make things worse by not responding.

And you have to love this statement.

“Not only were the shelter’s actions unconstitutional, they were completely unnecessary,” Blackwell added. “I thought it was well-settled that all dogs already go to heaven.”

As of this writing, the shelter hasn’t posted anything about the lawsuit on its social media, so we don’t know how they plan to respond, but I don’t know how they defend a religious blessing for pets. There’s no good reason for the government to get involved in this waste of time and promotion of religion.

November 13, 2017
Even This Creationist Thinks the Christian Movie "Let There Be Light" is Awful
Next Post