Creationist Ken Ham: Women Are Too Dumb To Understand How Abortions Work

During a brief Twitter tirade yesterday, Creationist Ken Ham attempted to make a case against abortion.

Instead, he misrepresented both religion and science before belittling women who make the decision to have an abortion, saying they don’t understand what’s going on during the procedure.

Biblically and scientifically, a human being is formed at the moment of fertilization.

Those who support abortion (murder) don't want women to fully understand what they are doing.

Rather than causing mothers to experience distress, ultrasounds and fetal heartbeat monitors inform a mother and empower her to choose life.

You would think the head of Answers in Genesis would know Genesis 2:7 says Adam became a living being only when God gave him the ability to breathe, something babies don’t acquire until they’re out of the womb…

The scientific explanation is more complicated since “life” requires more than simply fertilization.

But the real criticism from Ham is that pro-choice advocates are somehow hiding the truth from women. That women who have abortions don’t really understand what they’re doing because they’re too dumb, too ignorant, too under the spell of someone else’s influence.

Women know what they’re doing. They don’t need ultrasounds, or fetal heartbeat monitors, or the government, or Ken Ham to explain how babies work. They choose to have abortions because, ideally, they considered all their options and settled on that one as the best choice.

If Ham disagrees with that decision, fine. But to pretend that every woman who gets an abortion is somehow brainwashed is an insult.

Unlike him, other people know how to do research on their own. 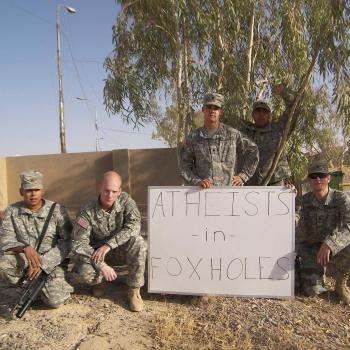 November 11, 2017
On Veterans Day, Remember That There Are Atheists in Foxholes
Next Post 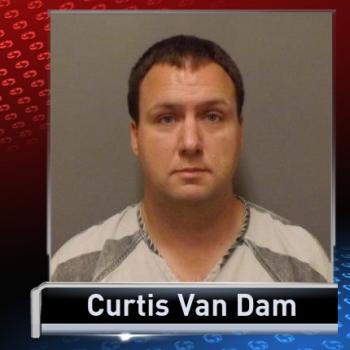