Curtis Van Dam, who was a teacher for 13 years at a Christian elementary school in Iowa (and is not related to martial arts superstar Jean-Claude Van Damme), has been charged with 140 criminal counts in connection with the sexual abuse of children under the age of 14. 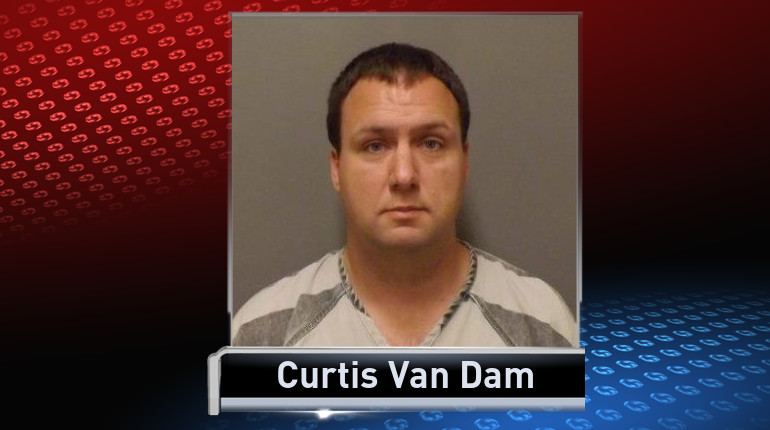 Police haven’t said how many children Van Dam abused, but they said the number is still growing as more and more people come forward. This isn’t something that can be written off as a false report, or as children misremembering what happened. This is repeated sexual abuse of children over the course of many years.

“The entire community is shocked and also very saddened,” Adkins said. “Emotions are very high in the community.”

“I’ve been here for 44 years and we have never had anything like this at all happen,” he said.

“I’m trying to protect the victims as much as I can,” Adkins said. “I can tell you there were numerous victims and that all the victims were children.”

The earliest report of child sex abuse in this case goes back to 2013, but Van Dam has been a teacher at this school for longer than that, so there’s no telling how long this behavior was going on. He chose to victimize young children, who probably didn’t understand the implications of what was happening and would have likely been terrified to come forward and oppose their teacher.

Josh Bowar, the head of the school, confirmed Van Dam was charged with 101 felonies ad 39 misdemeanors. Bowar wrote in a statement that the abuser’s employment was terminated, and that the case is “in the hands of our criminal justice system.”

He also encouraged everyone to turn to God.

Though the number of charges do not necessarily reflect the number of students, we are grieved again as we hear the extent of the charges. We’ve wept, now it’s time to weep again. We’ve prayed, now we need to continue praying. We’ve brought our anger and fears to the Lord, and now we need to lay those feelings again at His feet.

We need to remember that though the charges are many, it also means that many students are no longer carrying secrets. Kids, we want you to know that we consider you brave for telling your parents, the police, and the interviewers what happened to you. We praise God that your testimony has brought to light a dark secret that none of us adults knew was there. You have played an important role in keeping others safe.

I understand and agree with Mr. Bowar’s sentiment, but perhaps children recounting their horrifying experiences of sexual abuse at the hands of a Christian teacher in Christian school don’t want to hear that “we praise God” for any of it.

Regardless of what you believe (or don’t believe), this is a tragedy that should never occur. And when it happens in a place of worship, where authority figures proclaim to uphold superior ethical standards, it somehow feels worse. These kids trusted their teacher, and he used God and religion to manipulate them sexually.

These victims need more than just our prayers now… they need concrete solutions to make sure this doesn’t happen again.

(Thanks to @michaelcardwell for the link) 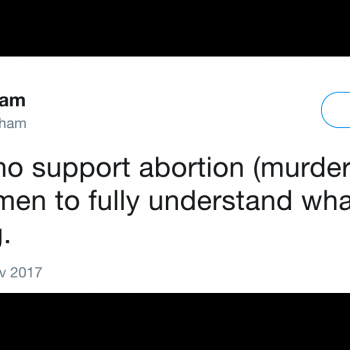 November 11, 2017
Creationist Ken Ham: Women Are Too Dumb To Understand How Abortions Work
Next Post