John Kinchen, an associate dean at Liberty University’s School of Music, wants to be on the Campbell County School Board in Virginia, and he believes the key to victory involves attacking transgender students.

Or at least people he thinks are transgender.

In a video posted to his Facebook campaign page on Sunday, he shared his concerns for community “values”… which is to say, he’s disturbed by how everyone’s accepting trans people. 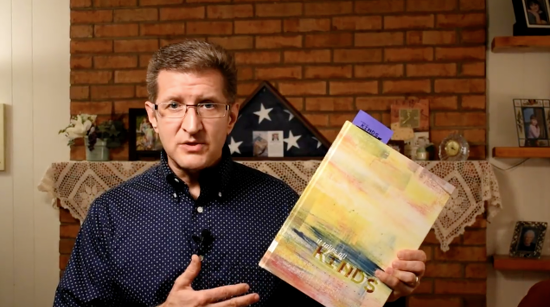 ***Update***: Kinchen appears to have pulled the video from his Facebook page. No worries. I always try to save videos from religious bigots, especially when they’re running for office. Here’s a new upload of it:

In the video, he refers to the 2017 yearbook released by Brookville High School. It includes a spread honoring various students and what they’re proud of, and Kinchen notes that one student took pride in “being myself.”

… Several students were given focus for a specific talent, ability, or achievement, which is normal for any yearbook. Each was given a two-page spread and a nice paragraph describing their accomplishment. However, on pages 18 and 19, one student was highlighted for staying true to himself. This means wearing makeup and dressing in feminine clothing.

He says, “I wish people would teach their children to be open minded about things because that would save a lot of problems.” He goes on to say, “If I could do one thing to change the world, it would be to teach acceptance.”

Well, acceptance is important as we teach our children to consider others above themselves. This is a biblical principle. It is also a value of courtesy and deference.

However, acceptance has also become a code word sought by liberal activists. It begins with persuasion, then acceptance, moves to approval, where leaders and influencers condone the behavior and the way of thinking. The leaders in our school should have given more guidance to this publication. But by allowing such a piece, they have tacitly condoned this way of thinking and this lifestyle. Lastly, once these ideas find their way into approval, it is normalized.

Besides the outright bigotry, and the lie that accepting others is somehow a value we all got from the Bible and nowhere else, Kinchen failed to do any research into the subject. (Surprise.)

If he had, he would’ve known that the student he picked on, Mikel Jenkins, isn’t transgender.

“I like to wear makeup. I identify myself as a male,” Jenkins, a sophomore, said.

“I’m glad it was me, because I’m accepting of myself and I’m strong,” he said.

The potential school board member attempted to bully a transgender student… and still found a way to make the story worse.

At least the students in the District are educated and tolerant. Yearbook editor Madison Sims made a video response to Kinchen’s bigotry — and she quoted the Bible while she was at it.

… However, he forgets that, above all, the Bible condemns hatred. As in Galatians 5:14: “For the entire law is fulfilled in keeping this one command: ‘Love your neighbor as yourself.'” Christianity is a religion of love, not one whose main principle is intolerance.

Now that’s how you push back against religious bigotry.

Casey Quinlan of ThinkProgress also notes that this is hardly the only time Kinchen has punched down against LGBTQ students.

Kinchen’s reference to keeping kids safe, when he did not make a clear argument that transgender kids would hurt cisgender kids anywhere else in the video, may be an attempt to keep this implication low key. But it’s still quite clear what viewers are supposed to take away from that statement in an ad entirely against the acceptance of transgender students. Kinchen has focused on transgender people and educating students about gender in multiple ads, and has also mentioned keeping kids safe in at least one of his other campaign ads.

In short, this guy is a monster.

You want the good news?

Last night, he lost his race. Good triumphed over Christian bigotry. The private school dean failed at his attempt to infiltrate a public school district with his faith-based hatred.

It wasn’t a rout by any means. As of this writing, one results page says it’s a 51%-49% victory for Barbara Rypkema. But it means LGBTQ students won’t be harassed by a person in a position of power over them. 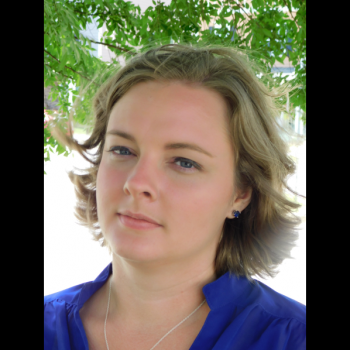 November 8, 2017 Christian Bigot Kim Davis Will Run for Re-Election in Rowan County, KY
Browse Our Archives
What Are Your Thoughts?leave a comment