Atheist on BBC1 Panel: “Religious People Do Not Have the Monopoly on Morality” November 5, 2017 Hemant Mehta

Atheist on BBC1 Panel: “Religious People Do Not Have the Monopoly on Morality”

Earlier today, BBC1’s Sunday Morning Live held a discussion over whether we need a new religious reformation, 500 years after Martin Luther posted his Ninety-Five Theses. It came in response to a local group’s call for society to return to God because too many people, Christians included, have strayed from what the Bible commands.

After some initial gibberish from Boyd about how our problems — everything from sexual harassment to racism — can be solved by following the Bible, Sherine chimed in with a quick dismissal of all of that: “Religious people do not have the monopoly on morality.”

She added that if Boyd’s group got its way, gay people wouldn’t have the right to be married to the person they love:

… [Boyd] says that there are ethical debates, and he’s coming down on the wrong side of all these debates, for gay rights, abortion, and euthanasia, to name but three.

Romain attempted to bridge the gap between the two other positions, pointing out that religion can provide a positive way forward (if not the only way) but it had plenty of problems of its own.

Boyd eventually said that, without a new reformation, “British society will become a much more ugly place.” He then celebrated the Ten Commandments without mentioning that some of them are flat-out useless (worshiping false idols) and others have no basis in the law (coveting what others have).

Once again, Sherine’s response shot down all of Boyd’s awful ideas, including the idea that everyone, including her daughter, is born with original sin. She even called it “morally reprehensible” to tell people they’re inherently bad from birth. It happened to her, she said, and she personally suffered because of it.

And to the idea that Christianity and morality are synonymous, Sherine had a simple response:

Ouch. That one hurts. I mean, she’s totally right, but when someone outside the country says it, it stings just a bit more.

If nothing else, watch that video around the 6:00 mark to watch the incredible eye roll from Sherine when Boyd tells her that her daughter was created in the image of God. It’s glorious.

I’m so glad she was on that panel to be a voice of reason around at least one completely irrational person who couldn’t make much headway thanks to her pushback.

Sherine, by the way, is behind the brilliant Atheist Bus Campaign in 2008, which launched a worldwide wave of billboards and bus ads sponsored by various atheist groups. Her original ad read, “There’s probably no god. Now stop worrying and enjoy your life.” 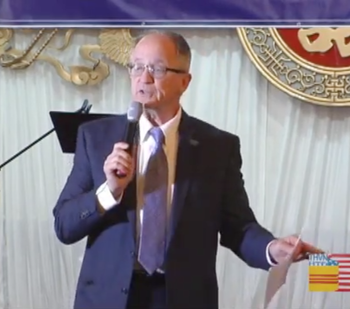 November 5, 2017
VA Republican: Trans People Violate the Laws of Nature at a "Fundamental Level"
Next Post 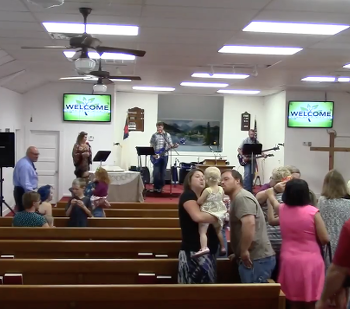