Every month, Vice President Mike Pence — known for his anti-choice and anti-LGBT views — gets a thank you note from Planned Parenthood… thanks to Mila Kunis.

The Hollywood actress announced on Conan that she had set up a recurring monthly donation to Planned Parenthood, which then sends notes thanking the Christian conservative for his donation. It’s a common form of protest — we did it on this site with Pastor Greg Locke — but to see it on such a high level on such an important cause is really encouraging.

Kunis said she “disagreed with some of the stuff that Pence was doing and was trying to do,” according to the Hill. I’m willing to bet that’s a major understatement.

“And so, as a reminder that there are women in the world that may or may not agree with his platform, I put him on a list of [recurring] donations that are made in his name to Planned Parenthood,” she added to cheers from the audience.

“So this happens every month?” host Conan O’Brien asked, laughing.

“Every month, to his office, he gets a little letter that says ‘an anonymous donation has been made in your name,” Kunis responded. “I don’t look at it as a prank, I look at it just as, I strongly disagree [with him], and this is my little way of showing it.”

There is no word on what Pence, who has spent his entire career fighting against women’s access to safe abortions on the grounds that their rights are trumped by fetuses that have a “god-given” right to life, thinks of the donations or how he reacts to the monthly thank you notes.

It is interesting to think that, without him and his opposition to women’s rights to choose, these donations might not occur. Kunis says she set up the recurring payments specifically as a form of protest, so Planned Parenthood really does have Pence to thank for this money.

Kunis could have just insulted Pence, or made a movie mocking him and his views, or even sent him a bag of gummy penises as others have done, but instead she chose to do something that will actually help people. And that’s something that should be celebrated.

My guess is Pence isn’t happy about all this, but I think he should be. If he truly cares about Republican principles, he should rejoice in the fact that it’s private funding going to Planned Parenthood and not money coming from the federal government. 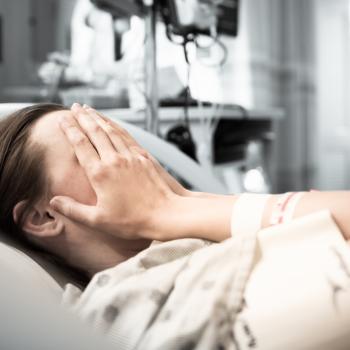 November 4, 2017 A Catholic Hospital Pushed Women to Bury Their Fetuses No Matter the Situation
Browse Our Archives
What Are Your Thoughts?leave a comment