Right wing activist Mary Colbert isn’t known for her good judgment. She called televangelist Jim Bakker “an oracle for God” and said that your grandchildren will suffer God’s wrath if you dare criticize Donald Trump.

Still, I wasn’t expecting her to defend Trump’s use of bad language. But she did… and she justified it using the Bible.

Colbert said that Christians who oppose Trump because of his use of “rough language” must also “have a problem with Jesus because he spoke to the Pharisees and Sadducees and said, ‘You vipers, you snakes.’ He referred to Herod as a fox and then there is the account of the woman he called a dog. So if you want to find offense, you’ll find offense in anything.”

“The church has had its butt kicked for the last 100 years,” Colbert said, adding that God chose a brawler like Trump because He knew that America could not survive with a “mamsy-wamsy, love and peace kind of a president.”

Love and peace. Why would any decent Christian want someone who exhibits those qualities? Next thing you know, the president will turn the other cheek, and when will the slippery slope ever end?!

Who knew that when Trump bragged about grabbing women’s pussies, he was just saying a prayer?

But this is what happens when evangelical Christians have gone all in with their support of a disastrous president. They can’t back down now, and that means rationalizing every awful thing he’s ever done. Barack Obama never got the benefit of the doubt. Hillary Clinton sure as hell never would have. But Trump can get away with anything because he has his Christian base willing to ignore reality and play the role of his surrogates. 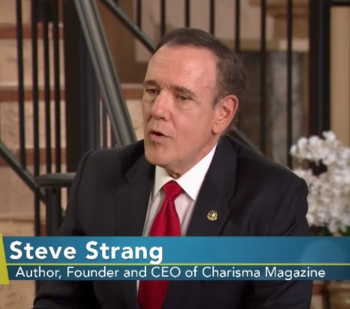 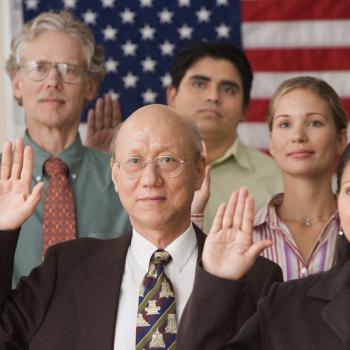