In September, a judge declared that the official seal for Lehigh County (Pennsylvania) illegally promoted Christianity. While city commissioners were given weeks to provide any evidence in defense of the Christian cross on the symbol, they failed to do so, and so the judge’s ruling is now official. The seal must be gone 180 days from now.

The Lehigh County Commissioners, however, aren’t going to go quietly. They voted a couple of weeks ago to appeal the decision, and they may have pressed ahead with the challenge because Judge Edward Smith offered such a wishy-washy ruling more than a month ago.

Smith admitted the “inclusion of the cross lacked a secular purpose” and that “a reasonable observer would perceive the seal as endorsing Christianity.” However, he also said in his ruling that he didn’t want to rule in favor of FFRF because he knew the County wasn’t trying to promote Christianity.

Why did he do it then? Because the law required the judge to act like a “reasonable observer,” without knowledge of the county’s history. That hypothetical person would see this as an establishment of religion.

So while Smith ruled in FFRF’s favor, he didn’t close the door entirely. But yesterday’s summary judgment makes clear that “all subsequent adaptations and versions” of the Lehigh County Seal “violate the Establishment Clause of the First Amendment of the United States Constitution.”

FFRF and its plaintiffs, all of whom received $1 each in damages, and they plan to keep fighting:

“We are fighting on behalf of the Constitution — and we shall prevail,” says FFRF Co-President Annie Laurie Gaylor.

This is a waste of time for the Commissioners and a waste of money for the taxpayers. As Judge Smith said, courts will likely continue to say this is promotion of Christianity. That’s why it has to come down. 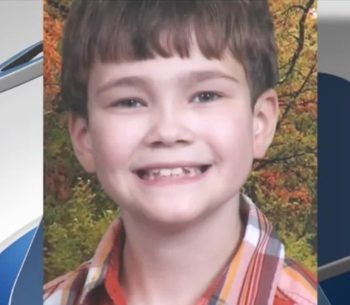 November 3, 2017
Mom Who Murdered Son on Halloween “Prayed About It” First
Next Post 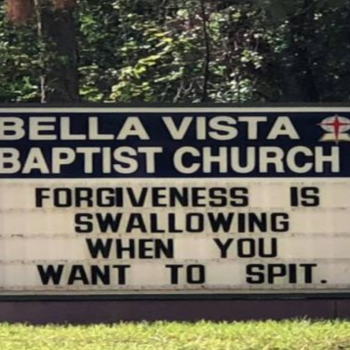