15 Years Ago, An Atheist Lobbying Group on Capitol Hill Was Born 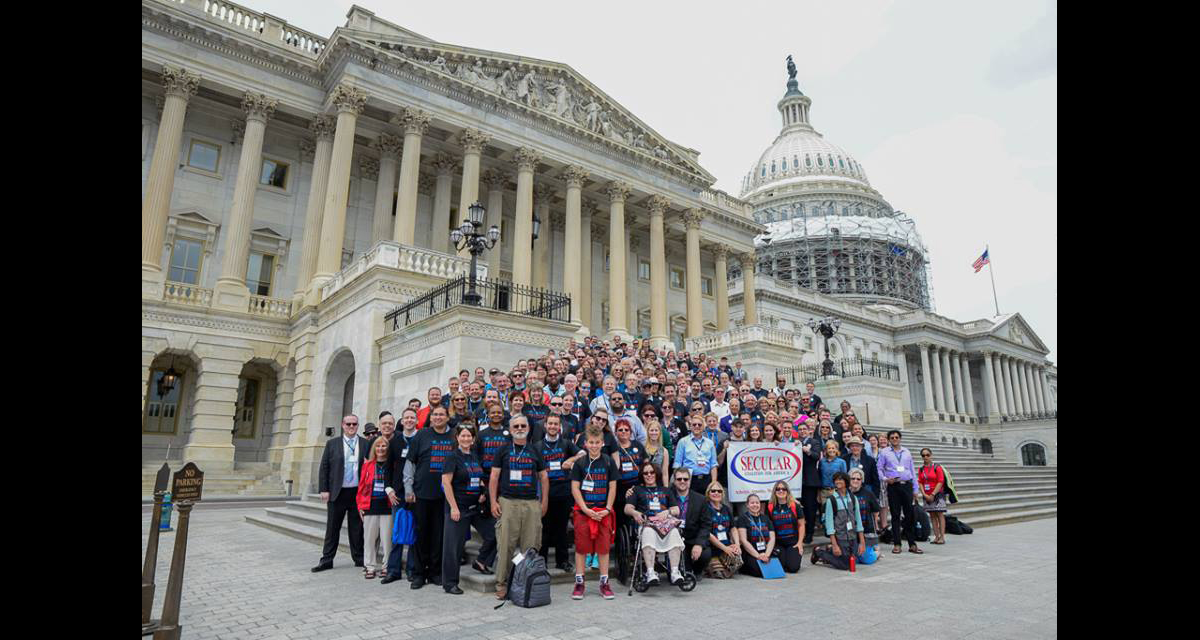 At a September 2000 meeting in Washington, D.C., secular leaders representing several organizations met to form a coalition, with me as facilitator. It was a unique and worthwhile experience for these groups simply to sit down and talk to one another. Until that time, freethought groups worked independently, usually ignoring or competing with one another to be the biggest fish in a small pond.

Not surprisingly, we had trouble choosing a name for the coalition.

We recognized that “atheist” gets more attention and “humanist” gets more respect from the general public. We settled on the “Coalition for the Community of Reason,” and continued to meet for a couple of years to share information. The organizations agreed on cultural and political goals, but couldn’t reach consensus on how best to cooperate. Some favored an informal alliance, while others pushed for a structured model. Clearly, a more formal and public organization was needed.

So, on Sunday, November 3, 2002, the morning after the Godless Americans March on Washington, leaders of three of these organizations (Atheist Alliance International, the Institute for Humanist Studies, and Internet Infidels) met for breakfast to set in motion the founding of the “Secular Coalition for America” (SCA).

We started with all volunteers and no budget, but we had a mission: To increase the visibility of and respect for non-theistic viewpoints, and to protect and strengthen the secular character of our government. SCA incorporated as a political advocacy organization to allow, for the first time, unlimited lobbying on behalf of non-theistic Americans.

SCA has since grown to 18 national member organizations and a dedicated staff of 5. Though not quite what the Religious Right has, it’s a respectable start. We’ve had a few bumps along the road and some growing pains as we’ve expanded. But the trend has been upward for SCA, its member organizations, and our movement.

In 2007, SCA held a contest to recognize the highest-ranking elected public official without a God belief. Rep. Pete Stark (D-CA) was willing to come forward publicly, and he became the first member in the history of Congress to acknowledge being an atheist.

A landmark day for the Secular Coalition was a February 26, 2010, meeting with White House officials to discuss issues of concern to secular Americans. This historic meeting marked the first time a presidential administration met for a policy briefing with the non-theistic community.

We had now become important enough for some media to grossly distort our mission and White House conversation. Sean Hannity claimed on Fox News that atheists were given special treatment that religious groups don’t receive. I suppose in Hannity’s America, a two-hour meeting with secular Americans was “special treatment,” but not a two-day meeting the previous month for religious leaders, sponsored by the White House Office of Faith-Based and Neighborhood Partnerships.

Bill Donohue, President of the Catholic League for Religious and Civil Rights, asserted that SCA includes some of the biggest anti-religious zealots in the nation, with a goal to crush Christianity (presumably because we oppose public policy based on ancient theology). Donohue ended his diatribe with, “We will do what we can to find out what happened at this meeting.” SCA made it easy for him, publicly announcing with whom we met and the issues discussed. At the White House meeting, we focused on military proselytizing and coercion, childhood medical neglect and abuse, and fixing faith-based initiatives.

Today our staff regularly visits congressional offices to lobby for our legislative agenda and to oppose the privileging of religion over non-religion in our secular country. Congress is learning that atheists and humanists are decent and patriotic Americans who are politically aware and vote. We point out that the Religious Right has no right to claim a monopoly on ethics and values.

Since its quiet start in 2002, SCA has succeeded far beyond my vision and wildest dreams. Member organizations are working effectively together, as indicated by a letter sent by the Coalition last week to members of the House and Senate Judiciary Committees. We also created a public policy committee to ensure that we collectively set the agenda and strategies for the secular movement.

But the Secular Coalition for America can’t do it alone. Your representatives need to know that secular Americans like you are among their constituency. So please sign up for our Action Alerts that deal with important legislation, and consider a donation to help SCA continue its work.

We still have a long way to go, but our voice in Washington is gradually moving us closer to our goal: An America where a respected, openly non-theistic constituency drives public policy and political campaigns are evidence-based and secular. I hope we will one day see an America where the influence of conservative religion is mainly limited to within the walls of churches, not the halls of Congress. 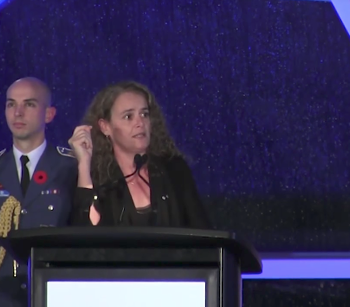 November 3, 2017
A Canadian Official Mocked Astrology and Creationism, Infuriating Some Critics
Next Post 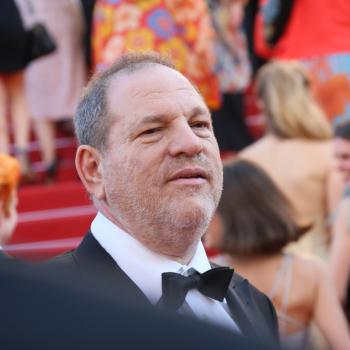 November 3, 2017 Harvey Weinstein's Hat Points to a Bible Verse About Jesus Rising from the Dead
Browse Our Archives
What Are Your Thoughts?leave a comment