You may remember Sam Clovis, the conservative radio host that Trump chose to be “chief scientist” for the U.S. Department of Agriculture despite the fact that he… isn’t a scientist.

His nomination was bumpy since the beginning, especially since he linked same-sex marriage to pedophilia, but now he has taken his hat out of the ring completely. And it’s not because he’s not qualified for the job (which he’s not). It’s because he has become embroiled in the special counsel probe into Russian interference in the 2016 election. 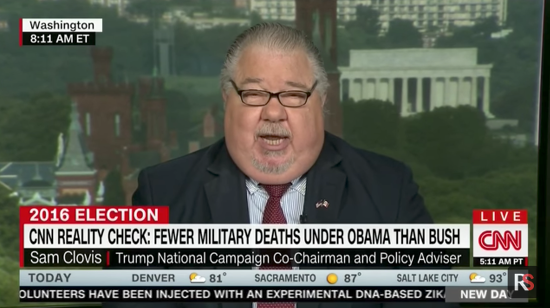 Clovis was reportedly one of the top Trump campaign officials who knew about George Papadopoulos‘ attempts to forge a relationship between the campaign and Russian government representatives who said they had dirt on Hillary Clinton. Clovis encouraged Papadopoulos to have “off the record” meeting with the Russians, according to the Washington Post.

“I would encourage you” and another foreign policy adviser to the campaign to “make the trip, if it is feasible,” Clovis wrote. The meeting did not ultimately take place.

In a letter to Trump on Wednesday, Clovis said he was “eternally grateful and humbled” by the nomination but would like his name withdrawn.

“The political climate inside Washington has made it impossible for me to receive balanced and fair consideration for this position,” Clovis wrote in the letter.

I think it was completely fair to judge Clovis based on the fact that he has no experience in the hard sciences, no credentials in agriculture, and was nominated for a position typically held by people with advanced science degrees. It was also fair to judge him based on comments he made regarding homosexuality, including that being gay is a choice and that legalizing same-sex marriage would lead to legalized pedophilia. Now, it’s fair to ask him questions about his involvement in the Russia scandal.

The relentless assaults on you and your team seem to be a blood sport that only increases in intensity each day. As I am focused on your success and the success of this Administration, I do not want to be a distraction or negative influence, particularly with so much important work left to do for the American people.

If the “relentless assaults” are spawned by Robert Mueller‘s federal investigation, which they are, then Clovis should be happy to have his name withdrawn. Things are going to get a lot worse for people involved in that before they get any better. Politics is always a “blood sport,” and this is no different.

As for Clovis saying he doesn’t “want to be a distraction or negative influence,” I only have two words: “Too late!”

He became a distraction when he accepted a nomination for a post he wasn’t qualified to serve, and even before that when he made hurtful and hateful comments about gay people and same-sex marriage. We can rejoice in the fact that he won’t be chief scientist at USDA, but if Trump’s nomination history tells us anything, it’s that we might face an even worse pick going forward. 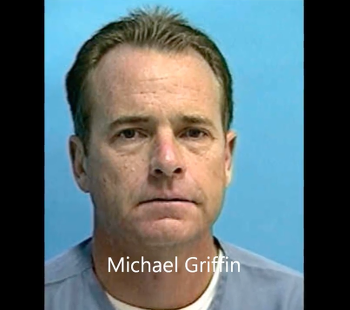