Pastor Greg Laurie: “There’s No Such Thing” as an Atheist Relief Organization

Greg Laurie, a pastor from California, told his congregation at Harvest Christian Fellowship that if they were good Christians — “heavenly minded” and “living for Christ” — then they would show it by doing great things on Earth. That meant helping other people as much as possible.

It’s the right thing to say for all the wrong reasons. Still, fine, it’s nice to see a pastor pushing for Christians to do good now.

But then, to make his point, Laurie threw atheists under the bus.

“You think about the great hospitals and the great universities and other things that have been done historically in our country. In almost every case, at least in their original state, they were started by followers of Jesus Christ.”

“When’s the last time you heard of an atheist relief organization?” Laurie asked. “Heathen Purse — there’s no such thing. But there’s Samaritan’s Purse, isn’t there. Non-Believer’s Vision, no, I’ve never heard of them, but I’ve heard of World Vision.”

Leave it to a Christian pastor to turn an optimistic sermon on generosity into an ignorant diatribe on a topic he knows nothing about.

Unlike Christians, atheists don’t have congregations that pressure members to give a not-exactly-insignificant portion of their income to the group. We don’t hold Hell over their heads so they remain in our good graces. We don’t have the built-in infrastructure built on centuries of war and government backing. We don’t tell fictional stories that always point to ideas we wish were true.

There are groups that focus on encouraging atheists to give to charity, like Foundation Beyond Belief. Some groups raise money to help victims of natural disasters, including FBB, Skeptics and Humanists Aid and Relief Efforts (SHARE) which is run by the Center For Inquiry, and Nonbelief Relief which is run by the Freedom From Religion Foundation. There are groups doing volunteer work on the ground. There were multiple groups, especially local ones, that were doing all kinds of relief work after hurricanes and tornadoes. The atheist group on micro-lending website Kiva has loaned out nearly $35 million, which according to one metric, is more than any other group.

The point is: There are atheist groups that care about helping our fellow man. Greg Laurie would’ve known that if he spent 10 seconds on Google instead of digging around the back of his pants since he clearly pulled that information right out of his ass.

Unlike groups like Samaritan’s Purse and World Vision, the atheist relief groups don’t proselytize when offering help and they sure as hell don’t fire (or refuse to hire) people who are in same-sex relationships.

No one doubts that there are Christian groups that do a lot of good work — because the employees are inspired by their faith to help others, not because they see the recipients of their generosity as targets waiting to be converted. They have incredible opportunities to help people given their size and scale.

But Greg Laurie is so blinded by Jesus, he can’t even bring himself to admit that people who don’t share his beliefs may still share his desire to help others.

That’s what bigotry looks like. If he were a better person, he would issue an apology. I’m not holding my breath. 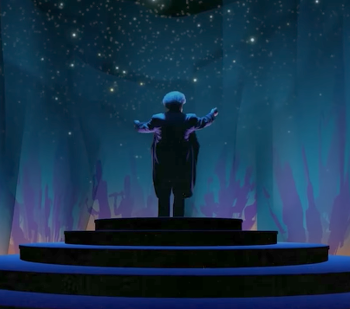 November 2, 2017
The Nature of Sound (In Auto-Tuned Glory)
Next Post

November 2, 2017 The GOP's Tax Reform Bill Would Let Pastors Endorse Candidates in Church
Browse Our Archives
What Are Your Thoughts?leave a comment