Violence against women accused of witchcraft was popular in the U.S. in the 1600s, and it continues in many parts of the world even today. In Papua New Guinea, death by witch trial is becoming more and more common. 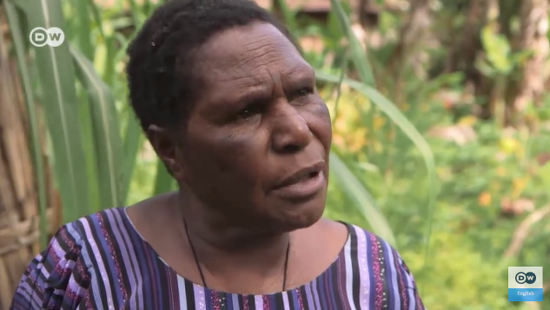 Attacks and murders of people accused of practising witchcraft have spread from remote areas in the country’s highlands to large towns and cities, alarming policy makers trying to address the problem.

Anton Lutz, a Lutheran missionary in PNG’s Enga province, said there had been seven attacks on women accused of witchcraft — known locally as sanguma — in the province since late September.

Six of those were fatal.

That’s six dead women, and one severely injured woman, because of witch panic that most Americans assume isn’t a problem anymore. This is a direct result of people taking religion too seriously and allowing fundamentalist interpretations of scripture to guide how they treat other people.

Lutz says each of these seven attacks against women followed “an unexplained death or illness in the community,” which was blamed on the “witches.” This is pretty much exactly what we saw during the Salem Witch Trials in the U.S.: witch hysteria.

In Papua New Guinea, Lutz says the women are being tortured, which makes them admit to pretty much anything (sound familiar?):

“And under torture, the women are saying things that incriminate themselves and reinforce these beliefs…

One of the things that people believe about these so-called witches or sanguma is when they’re not being tortured they’ll lie, and if they are being tortured, they’ll tell the truth.”

Who would possibly have thought that torturing someone could lead to false information? Only anyone who has studied the subject.

The government is reportedly working on a plan to address the issue through education efforts, which are important because the issue is thought to be caused by a failing education system, as well as legal and police strategies and health care initiatives. The health care is also crucial because the witch hunts are typically brought on by mysterious deaths and illnesses.

The government said spreading informative information and educating the public through social media can also help the problem.

This Bible-inspired violence isn’t just a problem in Papua New Guinea. In Saudi Arabia, for instance, religious police continue to pursue so-called magical crimes and alleged witches are often put to death. Accusations of witchcraft are also especially prominent in parts of Africa, where increasing allegations against kids actually pushes children towards traffickers in the region.

It’s a global problem, and education is part of the solution. That also means relying less on interpretations of the Bible and other forms of superstition.

(Screenshot via YouTube. Portions of this article were first published in my new book No Sacred Cows: Investigating Myths, Cults, and the Supernatural)

October 30, 2017
Bryan Fischer: "Muslims Can and Should Be Excluded from Congress"
Next Post 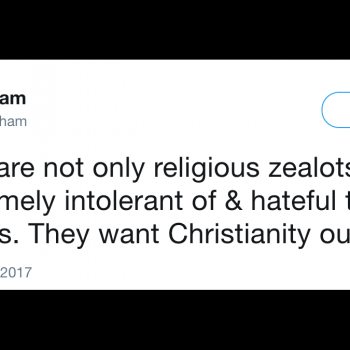