Pastor Robert Jeffress, who has the ear and Twitter support of Donald Trump, has taken a lot of well-deserved heat this week as people were reminded of comments he made about the Catholic Church several years ago. 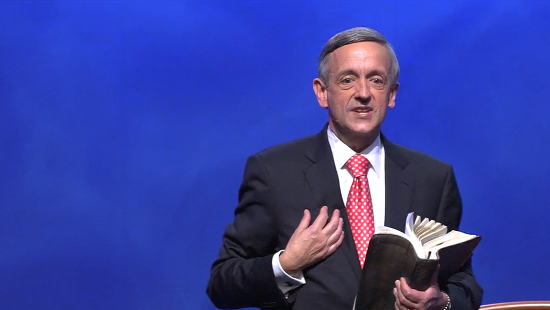 On Tuesday, during a press briefing, Sarah Huckabee Sanders was asked why Trump endorsed a book written by a man “who’s so viciously anti-Catholic.” She dodged the question, saying she wasn’t aware of the allegation.

Newsweek also noted that Jeffress once called Catholicism a “cult-like pagan religion” that was only successful because of the “genius of Satan.”

But Jeffress finally responded to all those claims last night, blaming “the liberal media” for perpetuating them and saying his words were taken out of context.

“I am delighted though, to reiterate what I’ve said many times when people ask me if Catholics are going to be in Heaven or are Baptists going to be in Heaven: nobody goes to heaven in a group — it’s one by one, based on our relationship with Christ,” Jeffress clarified. “And I can tell you this: there will be millions of Catholics in heaven who have trusted in Christ for their salvation.”

Jeffress stated that he loves his brothers and sisters in Christ who are Catholic.

“I work with them often on issues of religious liberty and the pro-life movement. I walk alongside Catholic priests in pro-life demonstrations,” he added…

In his statement Tuesday night, Jeffress admitted that he believes there are “theological aberrations in the Catholic church that needed to be corrected.”

“But they have aberrations in the Baptist church that need to be corrected as well,” Jeffress stressed.

[Sean] Hannity also issued a statement assuring that Jeffress is not “anti-Catholic.”

“I was raised a Catholic, I was even an altar boy, and attended seminary, and I can tell you that Dr. Jeffress has expressed to me both privately, and publicly, that he agrees Catholics are Christians,” Hannity said.

That whole excuse is interesting since it echoes the standard conservative Christian lines about homosexuality. I love gay people. Sure, I think homosexuality is a sin, but all of us are sinners!

Those words ring hollow because we know the Christians who say that always single out that one specific “sin.” They push for anti-LGBTQ laws in ways they never do with, say, gluttony.

But for the record, here’s what Jeffress actually said about Catholics in 2011, courtesy of Right Wing Watch.

And that’s what Satan does with counterfeit religion. He uses, he steals, he appropriates all of the symbols of true biblical Christianity, and he changes it just enough in order to cause people to miss eternal life.

That seems pretty straight-forward to me.

But notice the way Jeffress worded his statement. He never clarified the difference between the Catholics he believes will go to Heaven and the Catholics obeying a Satan-tinged aberration of the faith. If Catholics believe the Pope is the Vicar of Christ, are they going to Heaven? What if they only received an infant baptism? What if they believe consecrated communion wafers really are the literal body of Christ?

Ultimately, none of this matters. Jeffress and Hannity and Sanders could be debating the color of a floating teapot in the cosmos and it would make just as much sense. I also don’t think Catholics are going to Heaven for the same reason I don’t think Jeffress is going to Heaven: It doesn’t exist.

But by avoiding the distinction, he’s trying to stay on everybody’s good side — and neither Hannity nor Trump nor any of these Christian media outlets give a damn about the truth. Why paint Jeffress in a bad light when he’s got this much access to the White House, right? 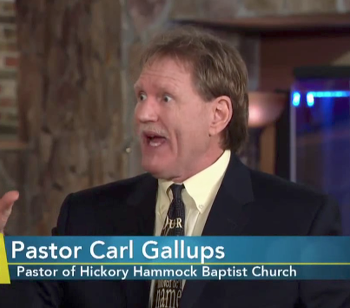 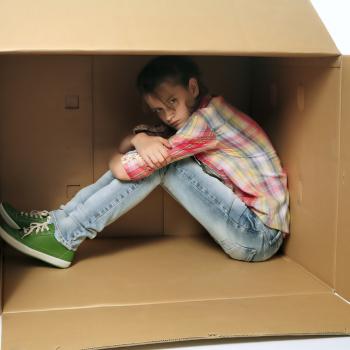