During an interview yesterday on Fox Business, noted economist pundit bigot Phil Robertson of Duck Dynasty made an incredible observation about the correlation between religion and morality.

It was literally incredible… because there was no truth to it whatsoever.

Therefore, I would just recommend, because of that, why don’t we try Jesus in America? Let’s go back to God. We all need to repent. We’re all full of sins. We repent. And we love God. And we love each other…

Besides the fact that there’s already way too much Jesus in America — thanks for everything, Trump voters — Robertson has this completely backwards. Belief in God does not correlate to goodness.

Here’s Professor Phil Zuckerman, who has arguably done more research on this subject than anybody else:

… as is the case in the rest of the world, when it comes to nearly all standard measures of societal health, including homicide rates, the least theistic states generally fare much better than the most theistic. Consider child-abuse fatality rates: Highly religious Mississippi’s is twice that of highly secular New Hampshire’s, and highly religious Kentucky’s is four times higher than highly secular Oregon’s.

… it is clear that a strong or increased presence of secularism isn’t the damaging threat to society so many continually claim it to be.

Zuckerman readily admits that this isn’t “proof” that secularism leads to our well-being or that religion is the cause of our problems. But the numbers make clear that you’re not going to find a lot of overlap between the least religious states in the country and the ones that are the most dangerous, uneducated, or unhealthy.

That’s also true, he says, when it comes to nations. He explained it in his book Society without God, which focuses on the qualities of the most and least religious countries.

The point is: Robertson is full of shit.

I don’t know where he’s getting his information. (Probably from Fox News.) But it’s wrong. Not that that should surprise us.

After all, we’re talking about the guy who said removing God from society is what leads to the rise of Islamists. (Somehow.) His tell-it-like-it-is popularity also led him to say black people were happy in the Jim Crow south. This is the guy who was suspended from his own show because he equated homosexuality with bestiality.

Which is to say we’d be a lot better off as a country if we had more godlessness and fewer people like Robertson. 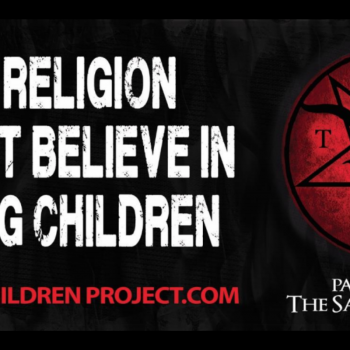