Maryland’s Governor Has No Clue Why a Giant Christian Cross Memorial is Illegal October 22, 2017 Hemant Mehta

Larry Hogan, the Republican Governor of Maryland, is furious that the U.S. Court of Appeals for the Fourth Circuit ruled this week that a giant Christian cross in Prince George’s County was unconstitutional.

You may recall that this was erected as a World War I memorial in 1925, but it’s really become more of a Christian symbol since then. Its nickname is “Peace Cross,” after all, and the secular nature of the monument has always been downplayed. That’s why the judges said it was problematic for the Maryland National Capital Park and Planning Commission to maintain what really is a Christian memorial.

While the government may try to appeal the decision, Gov. Hogan chimed in with this ignorant statement on Facebook:

This is outrageous. The Peace Cross was built in 1925 by families in Prince George’s County who joined with the American Legion to honor their fallen from World War I. Marylanders are united in showing respect for our veterans.

I’m a native Prince Georgian and have passed by this memorial thousands of times. I view it as an incredible tribute to those who came before us and made the ultimate sacrifice for our freedom.

The idea that memorializing our soldiers killed in battle on foreign lands to make the world safe for democracy is somehow unconstitutional goes against everything we stand for as Americans. Our administration will fight this unacceptable overreach. Enough is enough.

Hogan doesn’t get it.

It’s not unconstitutional to memorialize our soldiers killed in battle. No one ever said it was. And the American Humanist Association wouldn’t have filed a lawsuit over the display if that’s all it was.

What’s unconstitutional is when the government sends the message that the only soldiers who died — and who matter — were Christians.

When it comes down to it, Hogan is whining because atheists demanded that state officials follow the Constitution.

He should be thanking the atheists for bringing this to his attention instead of pretending that fighting for the First Amendment is somehow “unacceptable overreach.” 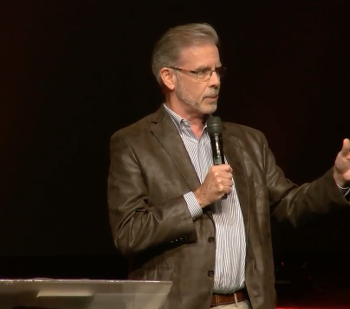 October 22, 2017
A California Megachurch Illegally Endorsed a Candidate for an Irrigation Board
Next Post 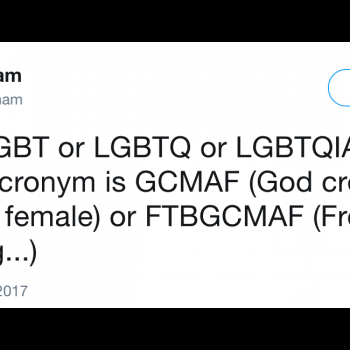 October 22, 2017 Ken Ham: We Should Stop Using "LGBTQ" Because It's Unbiblical
Browse Our Archives
What Are Your Thoughts?leave a comment