We know what happens when religious zealots use their God-brains when tackling health issues, and it never ends well.

Look at sex education. We know how to decrease the number of teen pregnancies. Teach kids comprehensive sex education. Teach them about birth control and condoms (and, yes, that abstinence is okay). Make sure contraception is readily available to anyone who needs it. These things have been proven to work.

But what happens when Christian conservatives are in charge of these programs? They push for abstinence-only policies. They don’t want to teach kids about contraception. They don’t want to make birth control or condoms available (much less teach students how to use them properly). They prefer living in a fantasy world where not talking about sex means students will never have it.

A similar kind of mentality is now affecting drug users in Indiana. 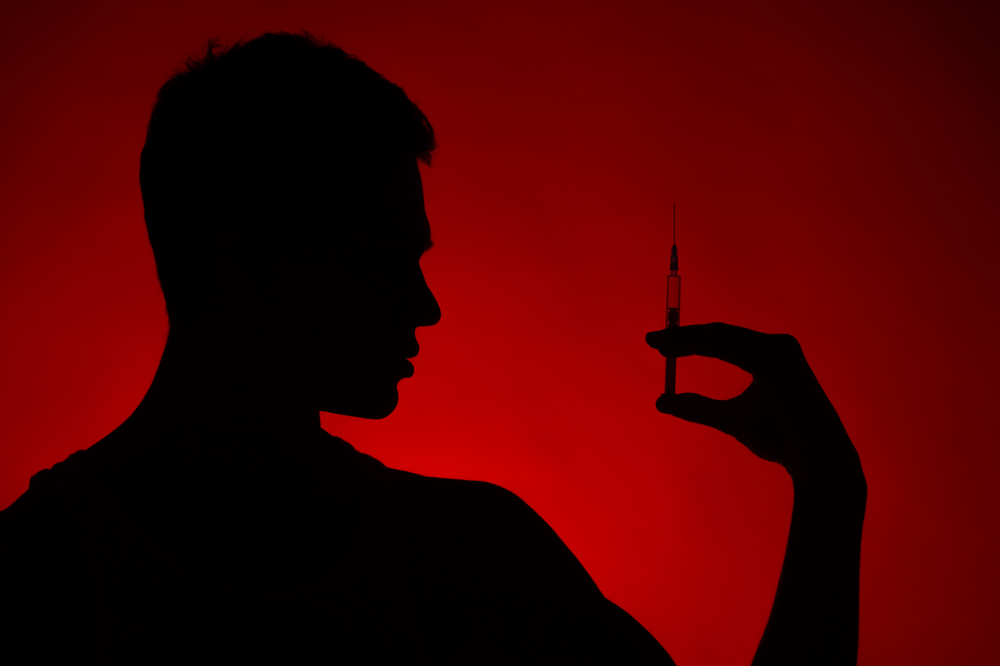 For addicts who share needles, there’s been a spread of HIV and Hepatitis C. One way to combat the spread of those blood-borne diseases is to exchange those dirty needles for clean ones in an exchange program. It works. We know it works. It might make government officials uncomfortable, but who cares because it reduces the spread of harmful diseases. In Lawrence County, Indiana, however, officials are no longer supporting the swap because they say the syringe exchange is essentially giving permission to drug users to keep doing what they’re doing.

And one of the officials is citing the Bible to rationalize his irresponsible decision.

“It was a moral issue with me. I had severe reservations that were going to keep me from approving that motion,” Fish said.

Fish quoted the Bible — Chronicles, chapter 7 — in the meeting before the vote was held. [The pro-needle exchange Indiana Recovery Alliance’s Christopher] Abert sees it as evidence of clear bias but Fish is proud of his stand.

“My constituency overwhelming responded in saying no, we do not want to support this program,” he said.

To be sure, his Bible-based “moral” stance means more people will die of preventable diseases even though there’s a stopgap measure available.

Fish may not want to provide equipment that facilitates drug usage, but abandoning this exchange program doesn’t mean the drug users are going to stop using needles. It only means they’re going to keep using dirty ones.

This is stupidity cloaked in Christianity.

In 2015, then-Governor Mike Pence felt the same way. But when the HIV problem got even worse, he finally gave in and allowed needle exchange programs in counties that were demonstrably suffering an epidemic.

Lawrence County got that permission and participated in the exchange… until this week, when they decided to stop because Council Member Nick Jesusfish and his colleagues decided dead drug users were an appropriate sacrifice for their God.

Religion and beliefs should never be used as a substitute for crystal clear evidence. Rather than making sure drug users don’t contract a disease, and working on programs to help them with their addictions, these Christians are pushing policies that will lead to no decrease in drug users and more drug users with HIV and Hepatitis C.

Thanks for nothing, Jesus.

(Image via Shutterstock. Thanks to Scott and Brian for the link) 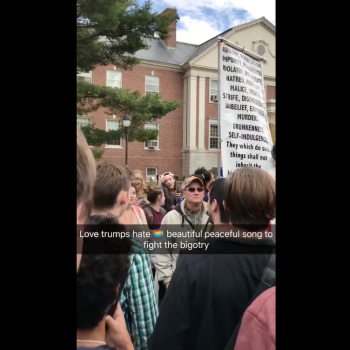