This LGBTQ-Inclusive House Near a Mormon Temple Is Amazing… But Is It Enough? October 20, 2017 Hemant Mehta

This LGBTQ-Inclusive House Near a Mormon Temple Is Amazing… But Is It Enough?

A few years ago, the rainbow-painted Equality House opened up across the street from Westboro Baptist Church. It was a way to counter a hate group with a symbol of love and acceptance. You couldn’t experience the former without seeing the latter.

Something similar is now taking place in Provo, Utah, where a Mormon mother has opened up Encircle, an “LGBTQ Family and Youth Resource Center,” a block away from an LDS temple. Given the Mormon faith’s anti-LGBTQ bigotry, a place like this could be a vital resource for young people in the area. 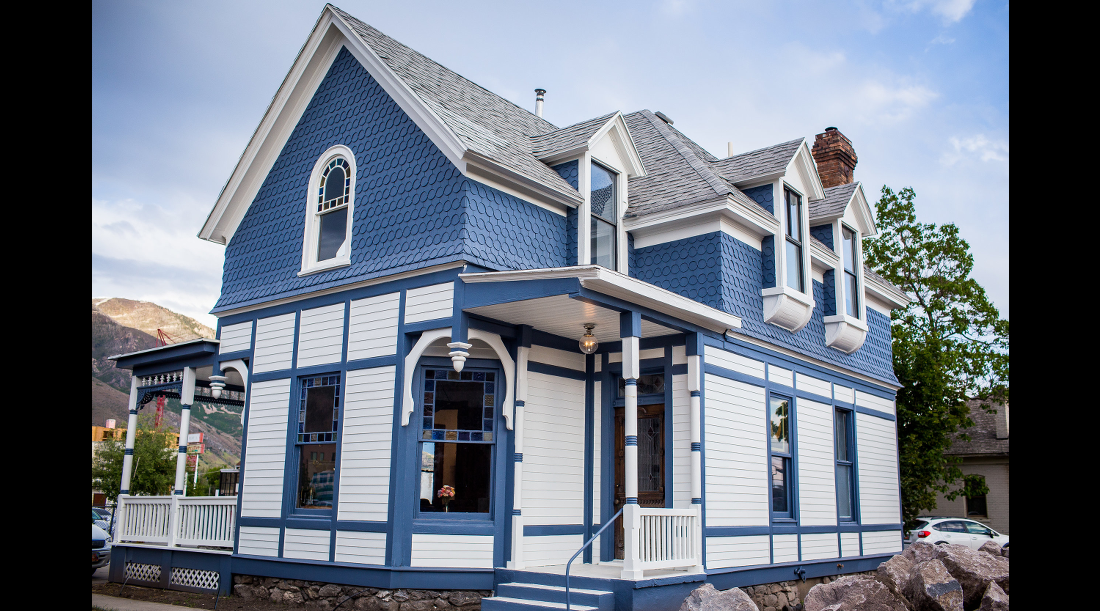 It’s not just a random house, either. The non-profit behind it offers job training, counseling, conflict resolution, and more. And in an interview with the Huffington Post‘s Catharine Smith, founder Stephenie Larsen talks about how it’s made a difference since opening up earlier this year.

Larsen, a Mormon mother of six, understands the damage her Church has done to LGBTQ youth and felt this was a powerful way to respond. Encircle isn’t a Mormon proselytizing venue, but rather a place where children of Mormons can go to feel affirmed and welcome. It’s not just those kids who are visiting, either.

What kind of support have you seen from the church? Have you had a positive response so far?

Yes, we really have. We’ve had bishops come to Encircle, where we get to have hands-on conversations with them, hoping that they will respond well to the youth and families when the youth come out, so the bishops won’t say things that will be damaging and hurtful to the kids.

Do you feel Encircle has made a difference in the short time it’s been opened?

Fifty to 60 kids come to the house every day.

Since we’ve opened, our therapists have seen over 250 new clients. People are coming to therapy, they’re staying, and they’re coming multiple times.

We’ve trained over 400 volunteers who work at Encircle, and I think every time we train a volunteer, they become an ally and more empathetic and understanding of these kids’ lives.

We never really learn in the interview why Larsen remains in a Church whose bigotry she has to actively fight against. Or if she believes, as the Church does, that gay people must remain celibate for life. Or if she supports marriage equality. Those aren’t tangential questions. You can’t support the Catholic Church, either, while claiming to be a champion of LGBTQ rights, especially when the LDS church actively campaigns against LGBTQ-friendly laws.

For all the good this house is doing, the Mormon Church isn’t going to change unless members who are for LGBTQ equality begin an exodus out of there — and more Mormons speak out against the Church’s own policies. A place like Encircle certainly may help soften the blow for LGBTQ Mormons turned off by the Church, but it’s a temporary bandage at best. 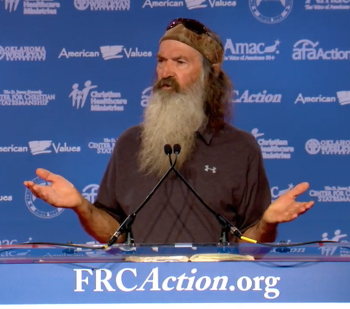 October 20, 2017
Duck Dynasty's Phil Robertson: I Want to Ask Democrats, "Do Y'all Love Jesus?"
Next Post 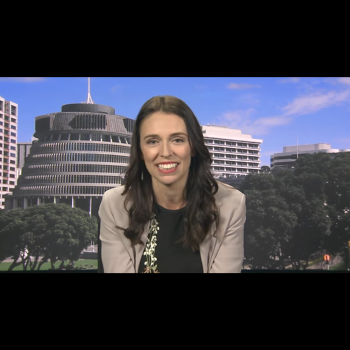