Roy Moore: NFL Stars Who Kneel During the National Anthem Are Breaking the Law

Yesterday, Senate candidate Roy Moore made a comment that surprised a lot of people who aren’t familiar with him. He told TIME magazine that the NFL players kneeling during the National Anthem are breaking the law.

“It’s against the law, you know that?” he said. “It was a act of Congress that every man stand and put their hand over their heart. That’s the law.”

That’s not the law. And one person who ought to know that is a man who was Chief Justice of the Alabama Supreme Court. Twice.

But it’s not news for Moore to just ignore or misinterpret the law. It’s exactly what he did when he told probate judges in the state they didn’t have to issue marriage licenses to same-sex couples even after the Obergefell ruling. It’s what he did when he installed a Ten Commandments monument in the courthouse in the middle of the night.

Conservatives love to complain about “judicial activism” on the Left, but it’s always been clear that justices on the Right are the ones ignoring legal precedent and doing all they can to change the rules of the game.

To be sure, there’s a section of the U.S. Code which says that during the Anthem, people “should face the flag and stand at attention with their right hand over the heart.”

“Should.” Not “must.” That’s a huge difference. And it doesn’t take a legal genius to understand that. If anything, the Supreme Court has made very clear that no one can be punished under the law for refusing to participate in a supposedly patriotic act. It applies to students remaining seated during the Pledge of Allegiance and it applies to football stars refusing to stand for the Anthem. (The NFL, as a private organization, has every right to enforce a penalty on those players, but the point is that the players would not be breaking the law.)

I hope even the people in Alabama recognize why Moore is patently unqualified to represent them in Congress. They have the choice between Doug Jones, an intelligent, KKK-fighting Democrat who has their best interests at heart… and Moore, a theocrat who doesn’t give a damn about anyone but himself and his God.

Even conservative Christians ought to recognize that they would all be screaming “persecution” if any non-Christian acted like Roy Moore.

Every time Moore makes a public statement, he seems to show the world just how little respect he has for this country. We’ve made the mistake of electing a man like that in 2016 and we’ll be paying the price for decades to come. If Alabama votes wisely, they can prevent that same mistake from happening again. 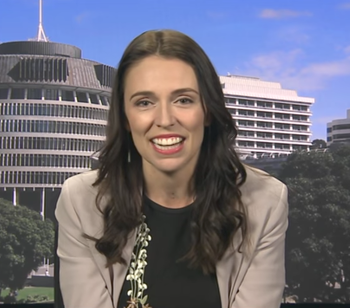 October 19, 2017
New Zealand's Next Prime Minister Set To Be Agnostic Woman Who Left Mormonism
Next Post 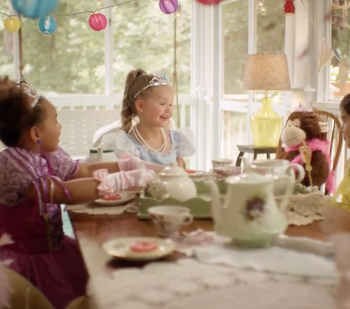 October 19, 2017 Awful New Ark Encounter Ads Encourage Visitors to "Think Bigger"
Browse Our Archives
What Are Your Thoughts?leave a comment