The Labour Party, headed by Jacinda Ardern, won 46; with their allies in the Green Party, they had a total of 54 seats… so they were still outnumbered.

However, You need 61 for a majority.

So the big question over the past few weeks was which party the 9-member NZ First Party would agree to form a coalition with. It could have gone either way. Late last night, the Party’s leader Winston Peters made his announcement: His people would work with Labour.

That means the 37-year-old Ardern is now on the verge of becoming New Zealand’s next Prime Minister, the third woman ever in the role. 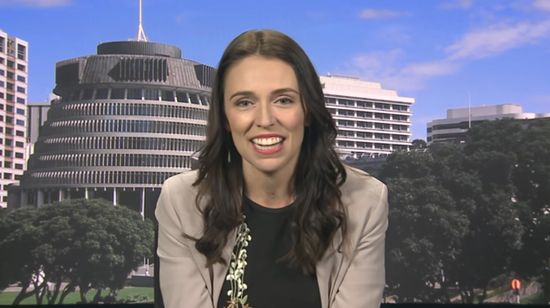 This is a huge deal given Ardern’s recent popularity. She only became the leader of the party in August and her public profile has skyrocketed since then. She’s a proud feminist who took a TV host to task for suggesting employers should be able to ask women about their plans to have children. She’s adored on social media. She turned an otherwise anodyne election into a major upending of the status quo.

And, as she said in an interview earlier this year, she’s not religious. She actually left the Mormon faith in her 20s due to its anti-gay bigotry and no longer belongs to any organized religion.

“Even before the Civil Union Bill came up, I lived in a flat with three gay friends and I was still going to church every so often and I just remember thinking ‘this is really inconsistent — I’m either doing a disservice to the church or my friends’. Because how could I subscribe to a religion that just didn’t account for them?

“I can’t see myself being a member of an organised religion again.”

Does she talk to God?

“No. But I have a real respect for people who have religion as a foundation in their lives. And I respect people who don’t. I’m agnostic. I don’t spend a lot of time trying to figure it out. I just think people should be free to have their personal beliefs and not be persecuted for it, whether they be atheist or staunch church members.“

A politician who doesn’t pander to a religious base, gets young people excited about government, and who promotes a progressive platform? While some of us around the world have to deal with Donald Trump? It’s just not fair.

Ardern will still have to prove she’s a capable leader with the ability to pass legislation, but what a tremendous opportunity. It’s good to see another non-theist in a position of political power. 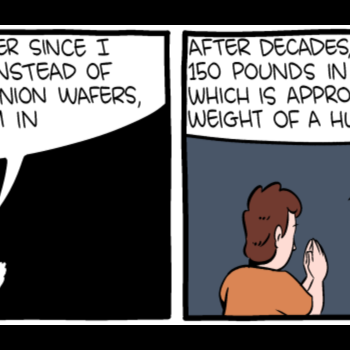 October 18, 2017
I Was Never Taught This Catholic Math As a Young Man
Next Post