Attorney General Jeff Sessions, the head of Trump’s Justice Department, said Wednesday he “never thought” a government employee would use a recent memo on religious liberty to deny benefits to same-sex couples. 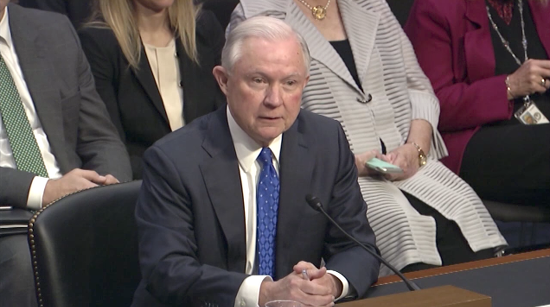 Sen. Dick Durbin (D-IL) questioned Sessions on his guidance, issued earlier this month to give religious groups more faith-based exemptions to various laws. Specifically, notes the Washington Post, he asked if a Social Security Administration employee could refuse to accept or process spousal benefits for a surviving same sex-spouse.

After four seconds of silence, Sessions replied: “That is something I have never thought would arise, but I would have to give you a written answer to that, if you don’t mind.”

Sessions continued to give half-answers and, sometimes, no answer at all when pressed about the scope of his religious decree and how it might impact the rights of non-believers and the LGBTQ community.

Durbin followed up: Would the guidance Sessions released permit a federal contractor to “refuse to provide services to LGBTQ people, including in emergencies, without risk of losing federal contracts?”

“I’m not sure that is covered by it,” Sessions said, “but I will look.”

It’s not like Sessions didn’t know these questions were coming. As BuzzFeed pointed out, this has been “a primary criticism of the guidance since it was announced.”

The questions were hardly out of left field — or unfamiliar to the Justice Department.

Progressive groups and Democratic lawmakers have warned for months that the long-rumored religious freedom policy could enable this exact sort of anti-LGBT discrimination.

So why would Sessions, who was supposed to be answering questions at his first Senate Judiciary Committee hearing since being confirmed, not provide a real response? It could be because he knows the answer: this guidance could wreak havoc on the rights of anyone who isn’t a conservative Christian in the United States.

Larry T. Decker, Executive Director of the Secular Coalition for America, said Sessions’ refusal to answer “suggests he was either feigning ignorance, genuinely never considered that the guidelines allow for taxpayer-funded discrimination, or frankly, never read it.”

“None of these possibilities is acceptable… Any serious reading of the Justice Department’s memorandum shows that it clearly allows for federal employees, grant recipients, and contractors to discriminate when providing benefits and in their hiring and firing practices based on completely subjective individual beliefs.”

Sessions also failed to answer questions about religious exemptions from the Affordable Care Act, and how it might apply to believers who practice faith healing and reject modern medicine. Decker said he “can answer the question that Sessions could not.”

“The fact is that under the Department of Justice guidelines, in conjunction with the new religious exemption issued by the Department of Health and Human Services, there is no line that can be drawn between religious objections to contraceptives and faith healing.”

When you consider these exemptions together, it is clear that Trump’s Justice Department is creating a dangerous precedent that undermines our healthcare system and our civil rights in the name of religious beliefs. What is also clear is the pattern of silence on these issues from Sessions, who should be able to explain how his policies will affect the country. 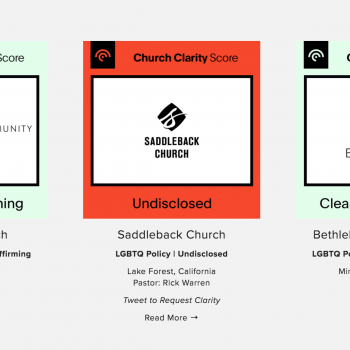 October 19, 2017 Pastor Who Prayed Over Trump: Hollywood Drinks the Blood of Sacrificed Children
Browse Our Archives
What Are Your Thoughts?leave a comment