Ken Ham just released a new series of commercials for Ark Encounter, mere days after doing the same for the Creation Museum.

I think these new ads can only be categorized as “Arksplaining.”

All three commercials include a character making an offhand comment (like “I never realized how much work goes into taking care of horses”) only to have someone else respond with how much worse Noah had it (“You think that’s hard? Try taking care of thousands of animals at the same time”).

Somehow, this also applies to little girls having a tea party.

The tag line for all of these ads is, “Go ahead. Think bigger.” Which has to be a joke since, as critics have said so many times before, nothing in the Ark is designed to make anyone think critically.

The Ark is meant to spoon-feed answers to gullible visitors in order to stop them from asking tough questions.

Want to think bigger? Read a science book. Go to an actual museum. Spend a few minutes on Wikipedia. All of that is more worthwhile than visiting these Kentucky attractions.

October 19, 2017
Roy Moore: NFL Stars Who Kneel During the National Anthem Are Breaking the Law
Next Post 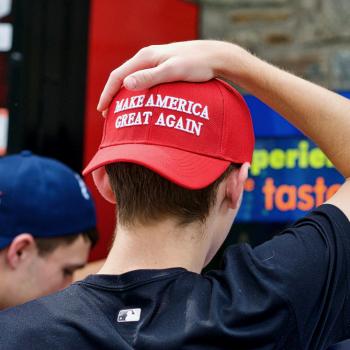