Yesterday, right-wing legal group Alliance Defending Freedom sent a letter to Congress on behalf of “more than 4,000 religious leaders” urging them to repeal the Johnson Amendment once and for all. That’s the rule which prohibits pastors from telling their congregations who to vote for if they want to keep their churches’ tax exemptions.

The letter centers around a poll that ADF says confirms how much pastors want this rule abolished, especially because they keep getting harassed by “atheist advocacy” groups promoting church/state separation.

To make matters worse, atheist advocacy groups send menacing letters to pastors every election cycle, warning these faithful ministers that one false step will land them in the legal crosshairs.

That’s why these 4,000 pastors have called for an end to the Johnson Amendment. And they do not stand alone. A new Lifeway poll of Protestant pastors confirms that:

— 91% of pastors agree that pastors should have the right to speak freely from the pulpit without fear of being penalized by the government.

— 73% of pastors agree that Congress should remove the IRS’s power to penalize a church because of the content of its pastor’s sermons.

Religious freedom and the freedom of speech are the bedrock principles upon which our nation was founded. If the “separation of church and state” has any true meaning, it is this: to keep the government from controlling America’s pulpits.

With numbers like that, it’s clear this is an important religious freedom issue… until you realize the people who released this poll are the same kind of people who support Creationism. They’re not exactly people you should trust when it comes to numbers or reality.

So let’s look at that poll and those two questions in particular. Religious leaders were first asked if they agree with the statement, “Pastors should have the right to speak freely from the pulpit without the fear of being penalized by the government.” 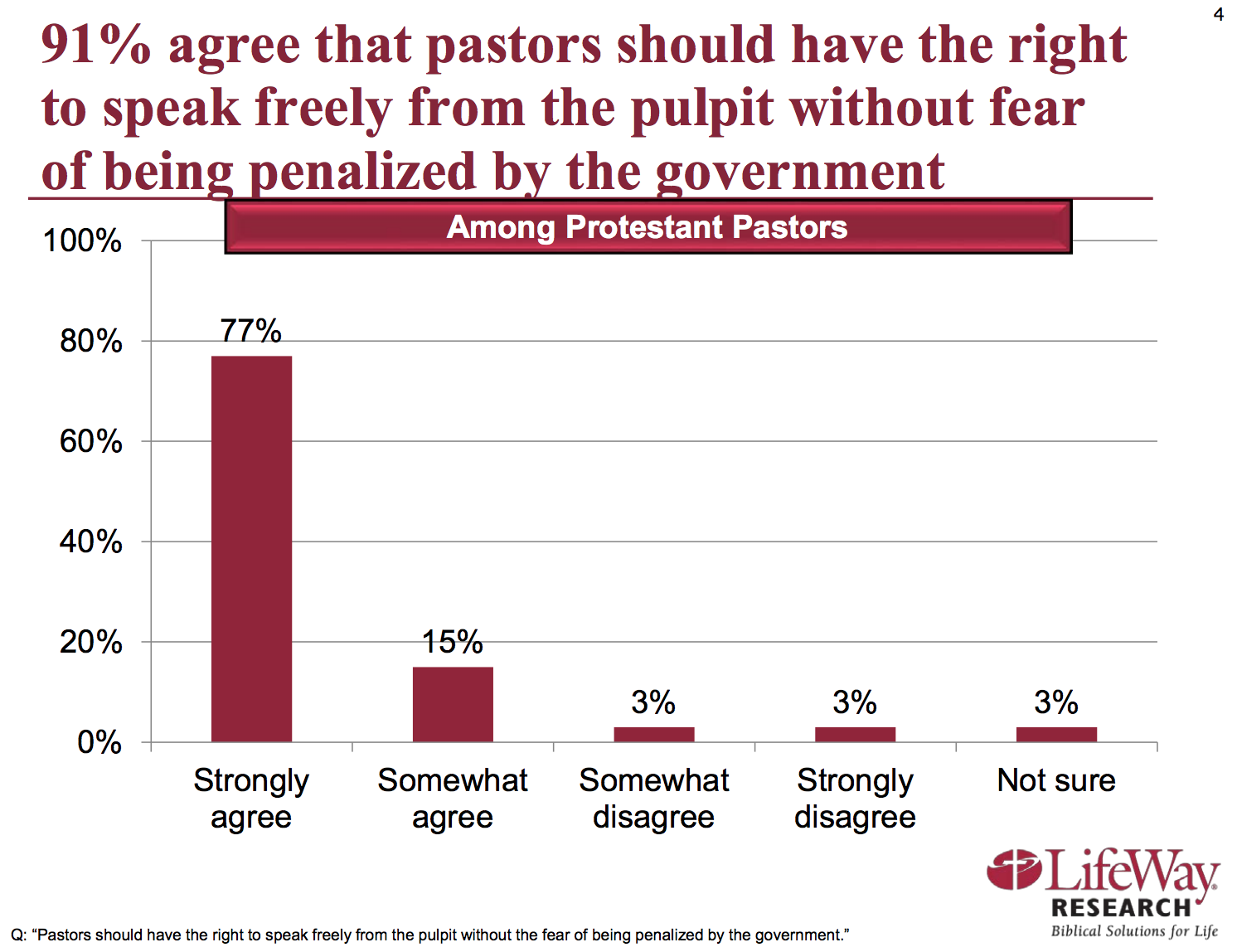 Of course they should. What monster would say otherwise, right? Who would want to instill fear in pastors?

The other question was no different. Do you agree with the statement, “Congress should remove the IRS’ power to penalize a church because of the content of its pastor’s sermons”? 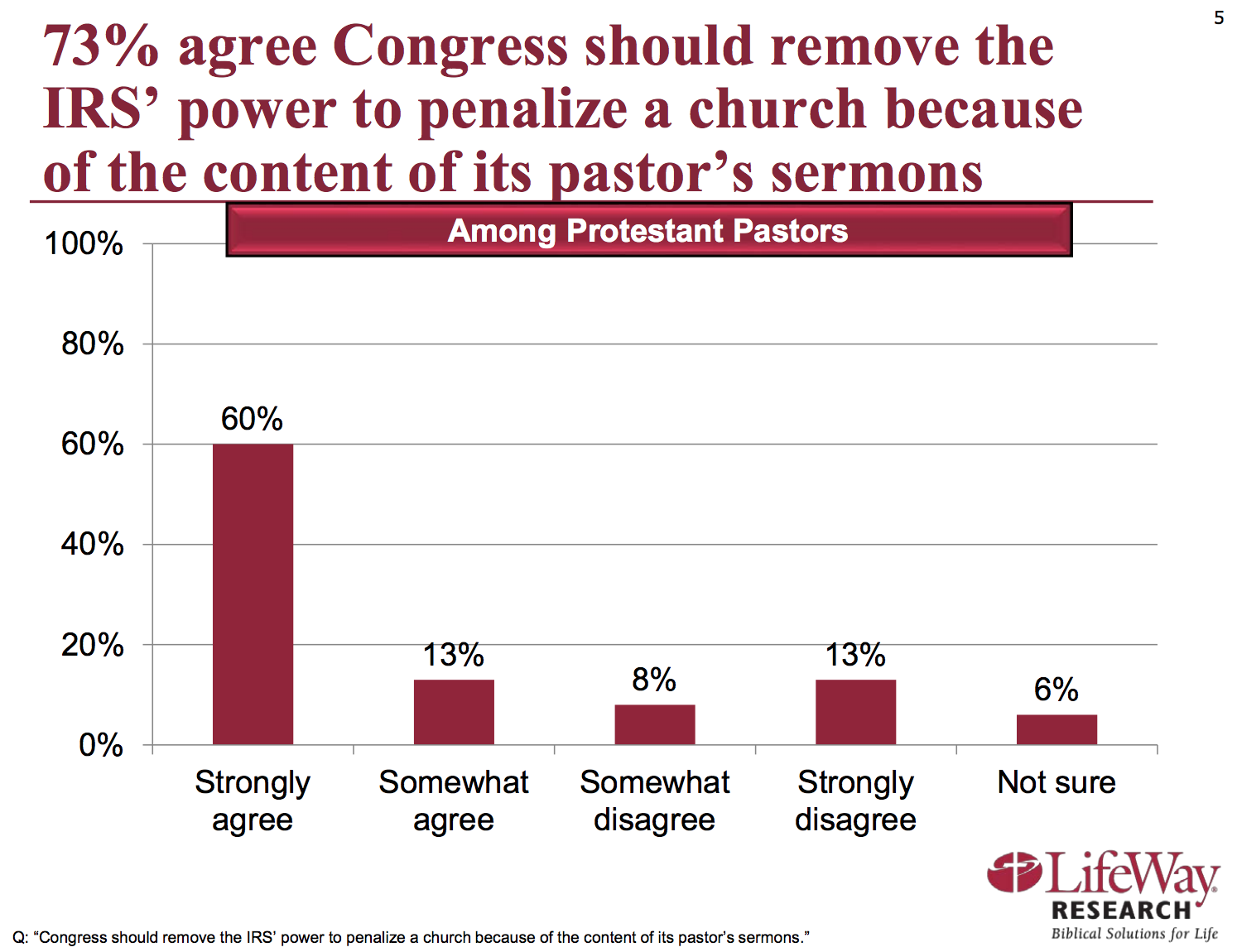 Again, sounds pretty awful. If I knew nothing else about the topic, I would also agree the government has no business going after a church because of the pastor’s sermons.

Here’s the thing: Those questions make no mention of the Johnson Amendment. They never say the government is only supposed to crack down on pastors who tell their congregations how to vote. They never point out that the law already permits pastors to speak out on controversial issues, even if their positions are unpopular among liberals; they can say homosexuality is a sin, abortion is evil, science is a conspiracy, etc., and the IRS wouldn’t go after those churches at all.

Rob Boston of Americans United for Separation of Church and State says the questions are “akin to asking someone, ‘Would you like to be kicked in the shin?'”

Why would ADF do this? Maybe it’s because when the very same research organization that conducted their poll asked Americans if it was appropriate for their pastors to endorse a candidate in church, 79% disagreed. Another poll found that nearly 90% of evangelical leaders felt the same way. Many other polls point in the same direction.

ADF is deliberately misleading Congress by using a survey with poorly designed questions — on purpose — to get the results they want to see.

Boston also adds that Americans United sent a letter to Congress in August, signed by more than 4,000 “faith leaders,” that urged politicians to keep the Johnson Amendment in place.

And unlike ADF’s plea, which cites “1,000 Protestant pastors” but gives no details about who they are, all of AU’s backers signed their names on the letter.

The Johnson Amendment needs to remain in place. That’s not just what Americans want; it’s what Christian pastors want. It prevents churches from becoming “dark money shops” for the GOP and keeps religion independent from politics.

No one has ever said the government should go after pastors for their beliefs. But they sure as hell need to stop churches from acting like the rules for non-profits don’t apply to them. 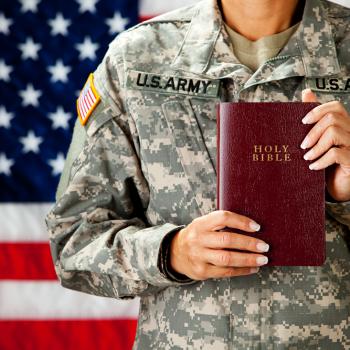