Jim Bakker: Critics Who Quote Me Verbatim Will Eventually Have To Answer To God October 17, 2017 Hemant Mehta

Jim Bakker: Critics Who Quote Me Verbatim Will Eventually Have To Answer To God

Televangelist Jim Bakker is very upset that news outlets like Right Wing Watch keep tabs on the things he says and then repeat them verbatim. I guess he realizes how bad that makes him look. He also noted that his critics sometimes say his prophecies didn’t pan out, but that’s not fair since he never knows the time and day these things will come true.

But he’s going to win out in the end, because his critics will surely have to answer to God one day!

At least that’s what he recently said to his audience… when he wasn’t selling them giant buckets of food.

Saying that he is sick of people mocking him because some of his prophetic warnings have not yet come true, Bakker bellowed that “when God says something to you, you don’t always know the exact time it’s going to happen. [So] stop beating up the prophets because God says, ‘Woe unto you when you beat up on the prophets.’”

“If you don’t want to hear it, just shut me off,” Baker said. “Especially you folks that monitor me every day to try to destroy me. Just go away. You don’t have to be there, you don’t have to hear it. But one day, you’re going to shake your fist in God’s face and you’re going to say, ‘God, why didn’t you warn me?’ And He’s going say, ‘You sat there and you made fun of Jim Bakker all those years. I warned you but you didn’t listen.’”

If the price of mocking Jim Bakker is angering someone who doesn’t exist, I’d call that a win for our side.

But let’s address one thing he said, that people who don’t like him don’t have to watch him. I get that kind of comment pretty often. Why trash people like him and Joshua Feuerstein and Greg Locke instead of just avoiding them since their words weren’t directed at me anyway?

Because other viewers should realize they’re being misled if not outright conned. Sometimes, the best way for atheists to make their points is by showing people when Christians and other religious people are manipulating them in real time. It’s not as effective when it’s only theoretical. You have to see it in action.

And Bakker provides so many examples of Christians Behaving Badly.

If he really wanted people to stop mocking him, he should stop saying things worth mocking. Until then, the people who monitor his nonsense deserve a lot of praise.

October 17, 2017
Anti-LGBT Archbishop Ironically Says Government Should Stay "Out of the Bedroom"
Next Post 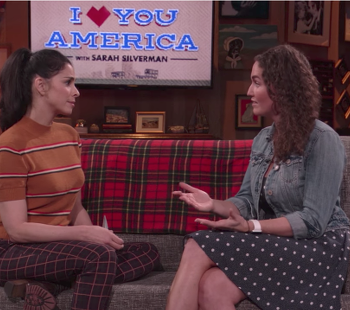