There’s been a flurry of anti-Semitic threats in Florida lately, and several Jewish school administrators are hoping to install more security in their buildings. It’s obviously an important matter and I hope they can get whatever equipment they need to ensure safety for everyone in the buildings.

But asking the taxpayers to fund the cameras, alarms, bulletproof glass, and more would obviously violate church/state separation.

Not that Republican Governor Rick Scott seems to care. 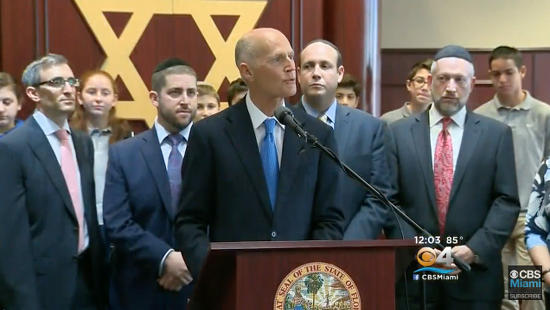 He appeared at Katz Hillel Day School in Boca Raton yesterday to announce that his proposed 2018-2019 budget would include $1 million specifically for Jewish schools to upgrade their security systems. Now other religious institutions — Muslim schools in particular — are wondering why this kind of aid isn’t available to them when they also get constant threats, and the ACLU is raising the concern that this would violate the law if Scott went through with it.

“We are so happy that an affected community such as the Jewish community is receiving that needed help,” said Wilfredo Ruiz, the communications director for the Council on American-Islamic Relations (CAIR) Florida. “However, we question the capacity of our governor to offer protection to all his citizens when he only caters exclusively to the Jewish community.”

“The Governor needs to be concerned about the safety of school children from all communities,” [ACLU of Florida] Executive Director Howard Simon said in an e-mail. “In addition to the reasonable concern about the safety of all Florida children, government funding that is directed to one religious group over others raises constitutional concerns regarding the separation of church and state.”

Both are fair points, but the solution isn’t to open the floodgates to other private religious schools. It’s to make sure religious schools, which shouldn’t be eligible for taxpayer funding, don’t receive any. That’s not a statement against the Jewish schools, but rather a defense of the law as it stands.

It’s worth noting that the same kind of funding — worth approximately $650,000 — was earmarked for the Jewish schools this current budget year. Both Gov. Scott and the Florida legislature approved it. But neither the ACLU of Florida nor CAIR took any action against the state. It’s unclear whether that’s because they didn’t feel like they had a strong legal case, couldn’t find a plaintiff with proper standing, or something else. It’s entirely possible, however, that if Scott approves next year’s increased funding, they could file a lawsuit against the government. 35 private Jewish schools eventually made use of this year’s allocation. 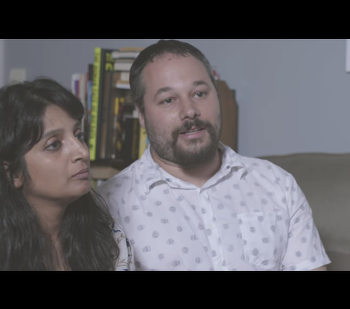 October 16, 2017
This Muslim Family Decided to Leave the Faith Together
Next Post