Catholic Archbishop Anthony Fisher of Sydney recently urged followers to vote against the legalization of same-sex marriage in Australia during the postal survey, saying that changing the law would mean discrimination… against Christians. 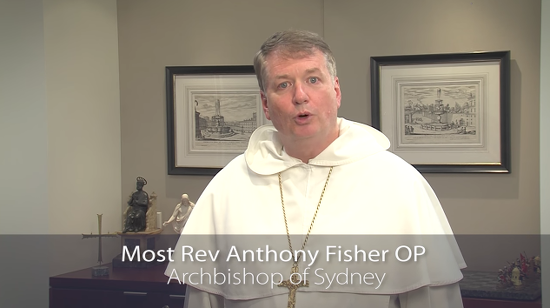 Fisher went further, though, and said that the government should “keep out of the friendship business and out of the bedroom,” according to the Guardian.

I couldn’t agree more. The government should keep out of the bedroom. That’s exactly why consenting adults should be allowed to marry whomever they would like regardless of sex or gender.

“The state has no business telling us who we should love and how, sexually or otherwise,” [Fisher] told the St Mary’s Cathedral congregation.

It sounds like he’s quoting from the pro-LGBTQ playbook, but he actually thinks this is an argument against the legalization of gay marriage. He believes allowing people to love who they want is telling them what to do, I guess.

“The only kind of friendship the state has a proper interest in recognising and regulating is heterosexual marriage, because that’s what leads to children — new citizens — and gives them the best start in life.”

Fisher said it was best for children to have a mother and a father, and that’s what marriage was about.

Now we see his true colors shine. He thinks heterosexual relationships are the only legitimate ones, because they produce babies. Forget that same-sex couples often adopt if given the opportunity, and that many straight couples don’t reproduce, and that studies have shown same-sex couples to be great parents. None of that matters to Fisher.

He went on to say that legalizing same-sex marriage would be damaging to religious freedom. Not only is that false, but it ignores the restrictions on freedom for same-sex couples.

“If overseas experience is anything to go by, if marriage is redefined it will be very hard to speak up for real marriage anymore — in schools, at work, socially,” [Fisher] said.

“Traditional believers will be vulnerable to discrimination suits and other kinds of bullying for their beliefs. Some may lose their jobs, promotions, businesses, political careers.”

Translation: Conservative Christians who discriminate against same-sex couples because of their interpretation of the Bible will no longer get a free pass in public life. It will no longer be acceptable to treat gay people like second-class citizens, which could result in punishments for the people who do. Sounds fair to me. While lawsuits would only be applicable in certain cases of discrimination, opposing marriage equality is well-deserving of a social stigma just as with open racism.

We will find out the results from the postal survey on Nov. 15, and the government will act based upon the results, but I hope people like Fisher don’t get their way. They can claim discrimination all they want, but the fact is, in heavily Christian areas like Australia and the United States, they have not experienced it.

These people want a legal excuse to continue stripping LGBTQ citizens of their rights. No one should fall for their hateful rhetoric.

October 17, 2017
We've Hit Our Goal for Queer Disbelief, a Book About LGBTQ Rights and Atheism
Next Post 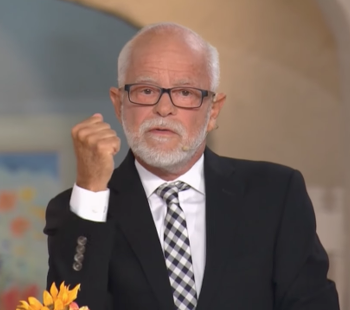