Back in July, a conservative legal group asked the Supreme Court to hear a case involving a Ten Commandments monument outside a municipal building in Bloomfield, New Mexico.

You can read the full backstory here, but here’s the short version: The monument was put up for religious reasons in 2011 and was ruled unconstitutional by multiple courts in subsequent years. City officials later surrounded it with secular displays to deemphasize the whole Christianity thing, but any study of the history of this monument shows it was erected to promote a Christian worldview.

After the most recent loss, attorneys for Alliance Defending Freedom filed a motion asking the Supreme Court to take up this case. Specifically they want SCOTUS to answer two questions (I’m paraphrasing): How should the Establishment Clause be applied to passive monuments like this one, and who is allowed to bring forth any lawsuits against them?

The first question was already answered in 2005 — and it also involved Ten Commandments monuments. The Court ruled, in two separate decisions, that a stand-alone Ten Commandments monument was illegal since it was a clear promotion of Christianity, but the same monument erected as part of a larger display of, say, the history of lawmaking would be just fine. Justice Anthony Kennedy, specifically, said the stand-alone monument was illegal, but the larger display was legal. This case would have asked the swing justice to decide the legality of a stand-alone Christian monument that later converted to a larger display.

In my mind, though, the Bloomfield display already failed that test since it originally went up to promote Christianity. You can’t just paint over it and attempt to create a new history after the fact. I would hope that’s Kennedy’s stance, too.

That second question, however, is important. Right now, anyone in the community “offended” by the display could theoretically have standing to file a lawsuit and bring it down. The conservative Christians wanted to eliminate that possibility and make it damn near impossible for anyone to sue over this issue.

There was reason to believe that’s exactly what would have happened if the conservative-leaning Supreme Court decided to take up this case.

Adding to that fear was how a coalition of 23 conservative attorneys general from across the country — led by Ken Paxton of Texas — was asking the Court to take up this case and rule on it. They filed an amicus brief in August. All the attorneys general were Republicans, as were Governors Matt Bevin (of Kentucky) and Paul LePage (or Maine), both well known for promoting right-wing causes, who also signed onto the brief.

“The Supreme Court has ruled that a passive monument such as a Ten Commandments display, accompanied by other displays acknowledging our nation’s religious heritage, are not an establishment of religion,” Attorney General Paxton said. “Governments shouldn’t be forced to censor religion’s role in history simply because a few people claim they are offended by it.”

Specifically, the brief urged the Court to rule that someone who thinks a particular display is unconstitutional would not be able to sue over it. Instead, they argue, all that should matter is whether the government is coercing people to support or participate in a religion. A passive Ten Commandments monument wouldn’t do that, so it would be legal.

By that logic, though, local governments could have a Christian pastor give a prayer every week, put up a Nativity scene on the courthouse lawn, celebrate Easter, and promote Christianity in any number of ways. An official would just have to say something like, “No one has to participate in this,” and the city would be off the hook. It’s an absurd way to interpret the law.

The good news we’re getting as of this morning, however, is that the Court isn’t even going to consider the case. You need at least four justices to give the case a green light in order for the Court to even hear the issue, and this one couldn’t even muster those votes.

ADF isn’t happy about that, though they didn’t spend much time today discussing the monument’s legality. They focused instead on the issue of who has the right to sue over these impositions of Christianity.

“Americans shouldn’t be forced to censor religion’s role in history simply to appease someone who is offended by it or who has a political agenda to remove all traces of religion from the public square,” said ADF Senior Counsel David Cortman. “In this case, the U.S. Supreme Court had the opportunity to affirm, as it recently did, that ‘an Establishment Clause violation is not made out any time a person experiences a sense of affront from the expression of contrary religious views.’ We hope the court will take advantage of a future case to resolve the confusion that reigns in the lower courts on this issue.”

“Previous Supreme Court decisions appear to have made the answer to that question clear: Simply being offended isn’t a sufficient reason to be able to bring a lawsuit like this,” said ADF Senior Counsel Jonathan Scruggs. “This case gave the Supreme Court an opportunity to reaffirm that principle and prevent the removal of a monument that stands alongside others in a perfectly acceptable manner. At some point, the court will have another opportunity to accept a case like this and clear up any confusion, and we hope that it will.”

Their tears are delicious.

For now, at least, atheists and everyone else in a community still have the opportunity to sue their local governments when a Christian monument is placed outside city buildings. 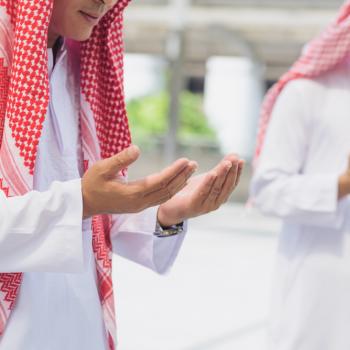 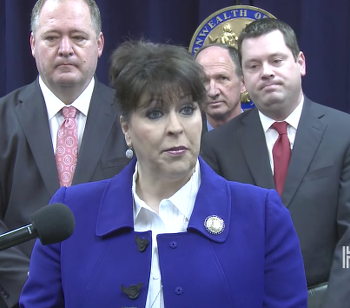