You’ve heard how Vice President Mike Pence adheres to the “Billy Graham rule”: the practice of never meeting a woman alone, even in public and even if it’s strictly business, unless that woman is his wife. This is supposed to prevent both acting on temptation and looking like you’re doing something immoral.

But apparently, it also has the effect of protecting men from being falsely accused of rape and harassment.

Sebastian Gorka, a former deputy assistant to Donald Trump, seems to believe that if Hollywood film executive Harvey Weinstein followed this rule, he wouldn’t have assaulted and harassed so many women.

If Weinstein had obeyed @VP Pence's rules for meeting with the opposite sex, none of those poor women would ever have been abused. pic.twitter.com/Kgl9FF7nam

Gorka’s invocation of the Pence rule is disingenuous at best. Insofar as the Pence rule “works,” it isn’t because the men who follow it are necessarily secret harassers, ready to prey upon the first unfortunate woman to find herself alone with them. It works, rather, because Pence is a politician, a highly visible figure, and because the avoidance of “temptation” doubles as avoidance of the appearance of scandal. The subtext of the Pence rule — like so much “anti-harassment” office training — is that upstanding, honorable men avoid creating situations that might be misinterpreted by supposedly hysterical, unstable women, or else contorted by someone looking for a quick payout. As Claire Cain Miller puts it in an article for the New York Times, “[Men] worry that one accusation, or misunderstood comment, could end their careers.”

I would be sympathetic to this line of reasoning, since false accusations do happen (although they are rare), if not for one thing: it is highly, highly unlikely for abuse allegations to end a man’s career. We’ve seen it time and again with Johnny Depp, Bill Cosby, Woody Allen, and even with President Donald Trump. Rich, powerful men will always have their defenders, and the women who accuse them will always be called liars or gold diggers. In fact, after Amber Heard donated her winnings from her lawsuit against Johnny Depp to a battered women’s shelter, people still claimed she was doing it to seek attention.

But even if Weinstein had followed Pence’s lead, his actions prove that you don’t have to get women alone in order to mistreat them:

Sure, had Weinstein taken it upon himself to follow the Pence rule, it is true he probably would not have had opportunities to harm his alleged victims during meetings and audition-type scenarios. But plenty of other decisions Weinstein might have made — say, not harassing women — would have had the same effect.

It’s astonishing that many Christians believe atheists are the ones without a moral guide — and yet, they’re the ones who need to go out of their way to avoid accidentally sleeping with someone… or worse. What does that say about their supposed values? 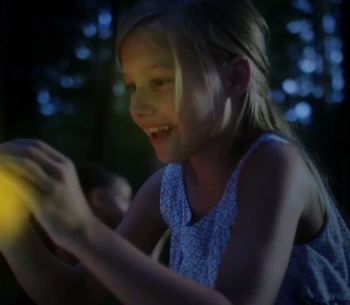 October 15, 2017
The Creation Museum's New Commercial Must Be a Joke
Next Post

October 15, 2017 "Christian Hogwarts” Teaches Students to Hear God and Perform Miracles
Browse Our Archives
What Are Your Thoughts?leave a comment