Christian Women Gathered in Washington To March Against Feminism and Abortion

The idea of women gathering to protest against feminism makes as much sense as vegans marching in support of cheeseburgers, but a group of Christian women recently gathered on the Washington Mall to dance, pray, and protest about a movement they feel does not represent them. 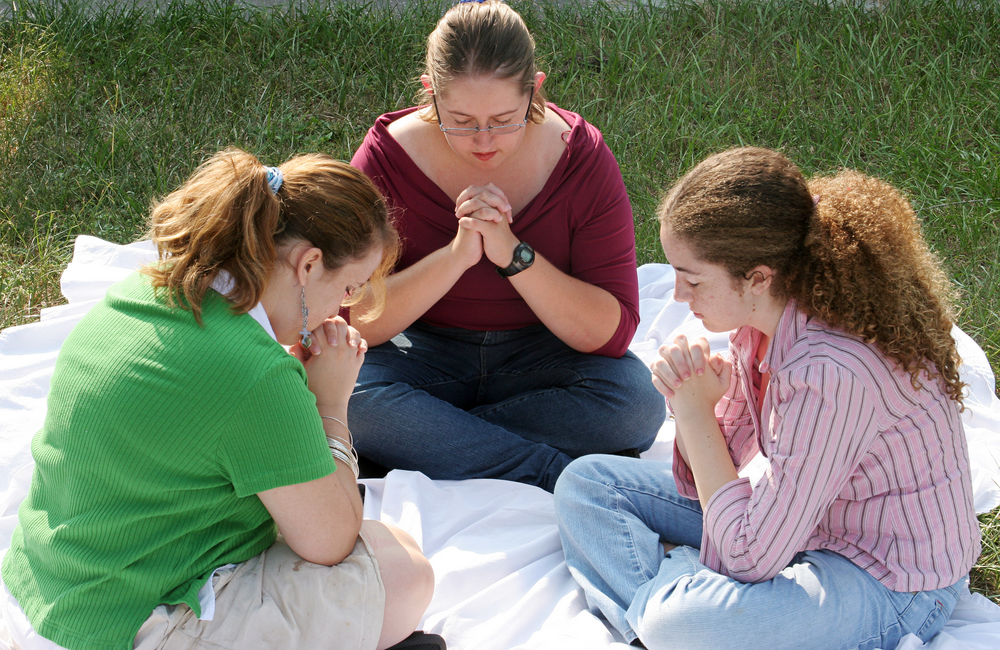 “For years, the feminists lied to us,” Christian author Lisa Bevere shouted from the stage. “They said for us to be powerful as women, we needed to act like men.” The women gathered on the Mall raised their hands in praise.

It’s a fact of history that women have had to “act like men,” if not impersonate them completely, to get ahead. To be published, for example, women had to adopt male pseudonyms. To be in theater or attend universities, women would have had to pretend to be men. Perhaps this accusation of being “like men” is more a criticism of patriarchy than feminism itself — but I digress.

Many spoke about their reasons for coming to a women’s prayer rally on a muddy day on the Mall: their desire to bolster women in their God-given roles as wives and mothers, their belief that women’s activism should make outlawing abortions a priority, and their faith in the power of prayer to change the country’s culture.

For Linda Shebesta of Burleson, Tex., it was a day to pray alongside the family members of three generations who traveled to Washington with her. “We believe our nation was founded as a Christian nation. The enemy is trying to take it in another direction, not Christianity,” she said. She saw lots of proof of Satan at work during the Obama administration, especially the Supreme Court’s ruling authorizing same-sex marriage nationwide, she said. She’s relieved to see the Trump administration undoing many of Obama’s policies.

These women believe they have been lied to by feminists, but I so wish I could sit down with some of them (assuming they are willing to listen, which may not be the case) and explain that feminism does care about bodily autonomy, sure, but more than that, feminism encourages choices. No feminist I know would ever encourage a woman to have an abortion if she doesn’t want one. Conversely, if a woman wants to be a stay-at-home mother to multiple children — and is under no outside pressure to do so — she is well within her rights to make that decision for herself.

What’s very anti-feminist is telling women how to live their lives.

But if these women believe that God chose Donald Trump to lead this “Christian nation” — a serially cheating, pussy-grabbing, “Two Corinthians”-reading bigot who may have paid for several abortions throughout his adult life — I have to believe they possess a kind of self-loathing that feminism was intended to cure.

But asked why they came to the event, the first thing one attendee after another said was that she wanted to be part of a different sort of women’s movement than the massive anti-Trump January protest march. “We still love and honor men at the same time. We value life. We don’t believe in abortion,” Jubilee Underwood, 32, said, comparing the Women’s March that she disdained to this event that led her to travel from her home in Alaska. “We’re not fighting for women’s rights. We’re just fighting for our country to be unified.”

Little do these women understand that simply being able to travel alone with their children, and purchase plane tickets in their own names, and use their own money to do so is an accomplishment of women’s rights: brought to them by feminism.

October 13, 2017 Christian Radio Host: "Satanic Luciferian Devil Worshipers" Control the Media
Browse Our Archives
What Are Your Thoughts?leave a comment