Christian Right radio host Rick Wiles said just days ago that Satanists didn’t have the right to worship Lucifer. But he wasn’t done trashing Satanists yet.

He also claimed the “avowed satanic Luciferian devil worshipers” control the government, media, and industry… and they’re responsible for the Las Vegas mass shooting, too.

“I know that sounds extreme and bizarre to people,” Wiles said, “but every day that goes by, the more I’m convinced that I’ve been right all these years that there is a deeply embedded satanic cult that has gained control of powerful institutions in this country and other nations. You can’t escape it.”

Wiles said that “there is no other explanation” for what happened in Las Vegas than to admit that “it’s raw evil.”

“It’s raw evil committed by a demon-possessed group of people,” he said. “It wasn’t just one man, there were several people but those people were possessed by demons. No normal person in his or her right mind would slaughter people like that. You have to be possessed by Satan to carry out such an act.”

There’s no shortage of acts of violence committed in the name of God. But there’s no evidence pointing to a religious or anti-religious motive for the Vegas shooter.

And if Satanists really control damn near everything in the world, why the hell would they put a Christian buffoon, who surrounds himself with other Christians, in charge? You would think putting a Democrat in charge would only lend credibility to the conspiracy theories…

There’s no Satanic cult running the world. It would be great if that were true — since the Satanists I know are pretty damn decent people — but alas. That dream must wait.

It takes a lot of work to make Alex Jones look sane, but Wiles is a man of skill. 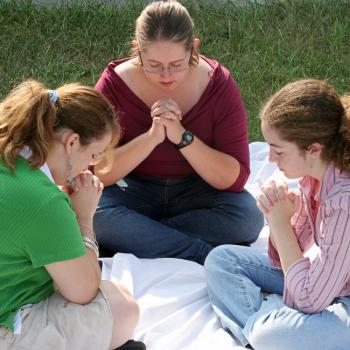 October 13, 2017
Christian Women Gathered in Washington To March Against Feminism and Abortion
Next Post 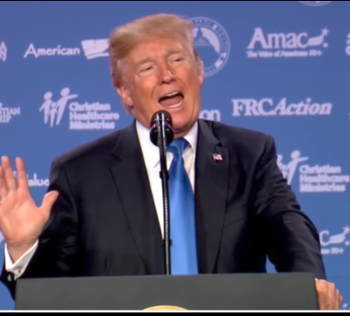