My colleague Jonny Scaramanga has written a lot about the Accelerated Christian Education (ACE) curriculum used by many conservative Christians who homeschool their children.

The problem isn’t merely that the workbook authors force scripture into the lessons whether it belongs there or not. It’s that they teach incorrect information (like Creationism), omit some information altogether, and never get into the sort of depth you’d expect to find in any rigorous public school curriculum. The result is inevitably that students who use these resources “graduate” with a much narrower understanding of core subjects. (I use “understanding” loosely.)

One important example of these problems? The way ACE handles the civil rights movement. 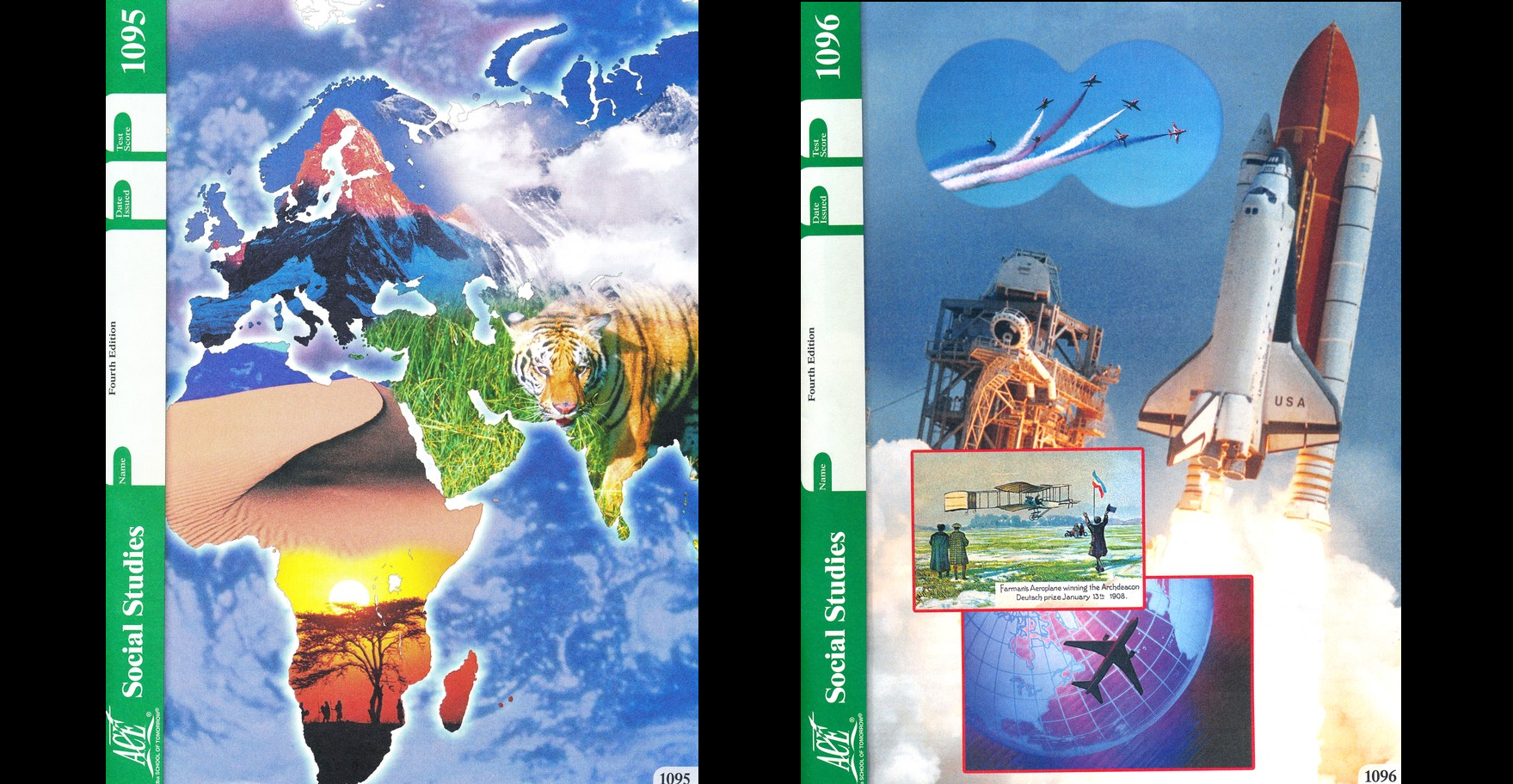 Scaramanga points out that the 8th grade Social Studies books that ought to cover the heart of that movement — Social Studies PACE 1095 and 1096 — offer barely more than passing mentions of major events.

But not only are the giants of civil rights missing; so are the evils of racism. In both this book and the one before it, which covers 1933-1945, there is no mention of the KKK, Jim Crow, or lynchings. The word ‘racism’ never appears. As far as the book is concerned, it never happened. And you must understand that ACE is designed to be a self-contained curriculum…. For most ACE students, if it’s not in the book, they just don’t learn it. Which means most ACE students have next to no cultural knowledge of racism.

Even a section describing Martin Luther King, Jr. is shorter than the section about James Earl Ray, the man who assassinated him.

But perhaps the worst example of the book’s alleged racism? This short description of what happened after that killing.

The response to Dr. King’s death was violent. Angry young blacks rioted, robbed, and burned buildings in several American cities. All of this was done in the name of a man who wished to be remembered as a man of peace.

That’s what ACE students are expected to take away from King’s death.

Scaramanga has so much more about what’s in these books — and what isn’t — right here.

In the aftermath of Charlottesville, I kept hearing from former defenders of the Confederate flag that they never really knew all it stood for. It was a source of pride and heritage for some, but they didn’t really have a full grasp of what that symbol really meant. But when important information is kept from you when you’re supposed to be learning about these matters, that’s not a surprise. That’s what going on with ACE.

These textbooks are not intended to be starting points for these topics. They are considered the definitive guides to everything students are supposed to know about a subject. They don’t come with supplementary materials. Students aren’t expected to do their own further research.

What sort of understanding of systemic racism should we expect these students to have when they get older?

And this is just one topic in one subject. This sort of thing happens throughout the curriculum. The students who have to rely on these books get a minimal education at best, leaving them unprepared to understand or deal with situations outside their bubble. That’s kind of the point, isn’t it?