After hints of it back in July, the Boy Scouts of America announced today that, after a unanimous vote by its board of directors, girls will be allowed to join the organization as Cub Scouts and be eligible to earn the highest rank of Eagle Scout.

Starting next year, young girls can join Cub Scout units, known as dens. Local scouting organizations can choose to have dens for girls and dens for boys. “Cub Scout dens will be single-gender — all boys or all girls,” the organization said in a statement.

A separate program for older girls will be available in 2019, BSA said, enabling them to earn the rank of Eagle Scout.

If this bothers you… well, I’m happy that you have no other problems in your life.

There are a lot of reasons for this change. The Girl Scouts, while a great organization, offer different opportunities from the BSA, and some girls would rather pursue the kind of leadership opportunities they can only find in the latter group. (Indeed, girls are already allowed in some Boy Scouts programs, just not the traditional ones most people are familiar with.) On a practical note, it means parents will no longer be forced to drive their kids to separate boy scout and girl scout meetings if they can help it. It’s also good for the BSA, an organization that’s lost a lot of members (and respect) over the past several years for its handling of gay scouts and troop leaders.

So we should welcome the change and applaud the BSA for the progressive decision.

But keep in mind the bigger picture here. Over the years, the BSA has opened its doors to openly gay scouts (2013), then openly gay scout leaders (2015), then transgender boys (2017), and now girls.

Yet atheists — boys, girls, and adults — are still banned from the organization.

The BSA has every right, as a private organization, to set its own membership requirements, but considering how their barriers have come down for so many other groups in the past several years, this remains an irrational obstacle of their own creation.

The BSA’s argument is that Scout Law requires members to be “reverent” while the Scout Oath includes the line, “I will do my best to do my duty to God.” But belief in a Higher Power isn’t a prerequisite to having good character or being a great leader, and it’s absurd for any group, especially one that is welcomed in public schools, to insist otherwise.

It’s time for the BSA to acknowledge within the organization that atheists would also make excellent scouts. They’ve come so far in so many other ways, yet remain hopelessly stuck in the past on this issue.

October 11, 2017
Judge Says It's Okay for U.S. House to Ban Atheists from Offering Invocations
Next Post 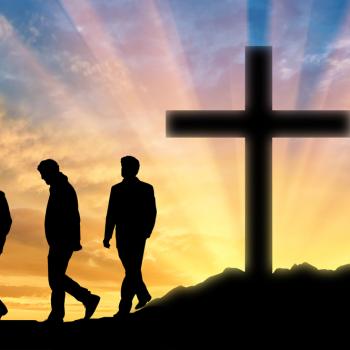