Puerto Rico is still trying to recover from Hurricane Maria and it’s easy to understand why their struggles are uniquely challenging.

There’s all the American charity and goodwill that was sucked up (for good reason) by cities hit by two earlier hurricanes coupled with our inept government’s response. (If Donald Trump is picking fights with a Puerto Rican mayor, you know he’s deflecting from his own responsibilities. But at least a few people have rolls of paper towels.)

But there is a way to help. The group Ateístas de Puerto Rico has teamed up with American Atheists to host a fundraiser that will benefit people on the island.

Dear friends, Puerto Rico is going through one of the toughest times in modern history, and more than ever the island desperately need our support. Hurricane Maria left devastating damage leaving thousands of people affected. Clean water is running out, communications and electrical power is down in almost 100% of the island. For this reason, we decided to create this page to collect funds to provide the basic needs and help rebuild all that was lost.

I know we can count on your support. We thank you from the bottom of our heart for your invaluable and much needed contribution that will give them hope and strength to recover from this terrible natural disaster.

A spokesperson for the group told me all of the money will go toward “buying water, food, personal hygiene” items, and more, all of which will be given to people in the most devastated cities with the help of volunteers. If they raise more than expected, they’d like to buy portable water filters and medicine. They plan to document their giveaways with videos and pictures to show people the money is being spent appropriately. (Receipts will also be made available to donors.)

I don’t need to elaborate on how important this fundraiser is. The group is a non-profit, so donations are tax-exempt. More details are on the website. 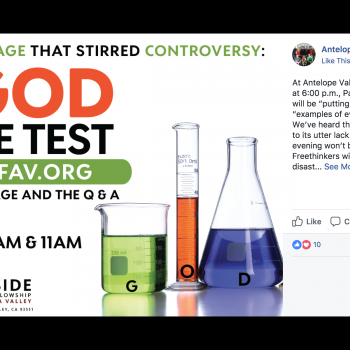 October 9, 2017
These Atheists Used a Sermon "Proving" God's Existence as a Charity Fundraiser
Next Post 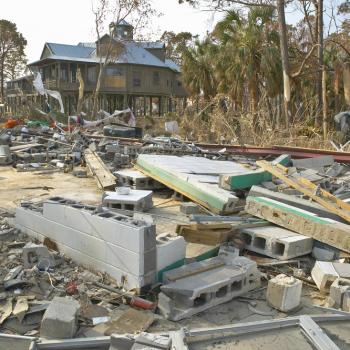