Right wing activist Mary Colbert appeared on televangelist Jim Bakker‘s show this week, where she explained how his critics were all wrong to mock him over thing like his giant buckets of food.

“You know, Jim, a lot of people made jokes and mocked you,” Colbert said. “They have and you know I’m telling the truth. [They] thought that Jim had gone off the deep end and his warning to people, ‘Prepare, prepare’ and he’d been laughed [at] and mocked. But here we are, we are seeing catastrophe behind catastrophe. That’s because he’s a prophet.”

“He is a prophet,” she continued. “He’s a mouthpiece, he’s an oracle for God, so when he speaks and when he says something, you better listen because it’s true.”

May you all live your lives so that, one day, someone blows that much smoke up your ass. The “oracle for God” is a joke who sells a disgusting product to seniors he frightens on a regular basis. The End Times aren’t coming. And a lot of the catastrophe we’re witnessing is the result of conservative Christians ignoring science, refusing to pass sensible policy measures, and falling for the rhetoric of an ignorant man who’s even more of a trashy panderer than Bakker. 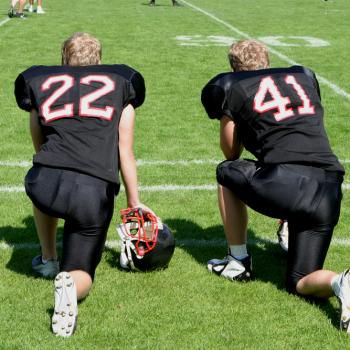 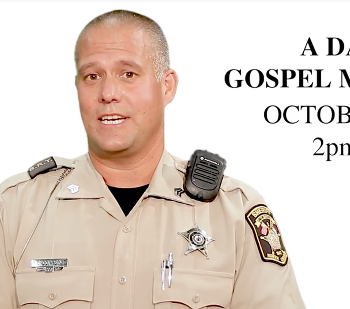 October 6, 2017 NC Sergeant Promotes Gospel Music Event on Department's Facebook Page
Browse Our Archives
What Are Your Thoughts?leave a comment