Makeshift Memorial for Vegas Shooting Victims Implies They Were All Christian

Maybe you were wondering what the best way would be to honor the 58 victims in the mass shooting over the weekend in Las Vegas. Don’t worry. Greg Zanis, a carpenter from Aurora, Illinois, has already taken care of it. He’s created a makeshift memorial that implies everyone who died was a Christian. 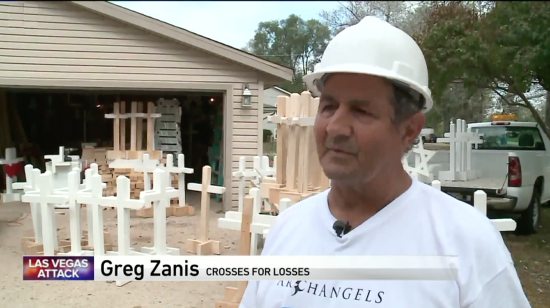 “This row of crosses will show the severity of what really happened there. More so than numbers and pictures in the paper,” he told WGN News before he left.

Each cross will has a heart attached. He’s also bringing Stars of David for Jewish victims. He writes the names and glues pictures of the victims on each one.

The crosses were placed beneath the iconic “Welcome to Fabulous Las Vegas” sign, and Zanis is right that the effect is powerful. But it’s completely disrespectful to foist his own religion upon everyone who died. How does he know some of the victims weren’t atheists? Would it be okay to put a symbol of Islam to honor their lives instead or would that be a problem? And if that would rub people the wrong way, how is it any different from this?

Zanis said he brought along a few Stars of David, but the images of the memorial so far are all crosses as far as the eye can see.

Where it gets especially problematic is when you realize he’s not doing this alone. The Las Vegas Metropolitan Police Department helped Zanis place all the Christian crosses on the ground:

I understand the urge to do something for the victims, but suggesting to the world that they were all united in their love of Jesus is deeply frustrating. It’s not like the shooter assaulted people inside a church. He shot indiscriminately at a crowd of people enjoying a concert. If anything, they were united in their love of music — and even country music isn’t limited to a Christian audience. Placing 58 guitars on the ground would make far more sense than crosses.

Commenters online seem to have a shared reaction to that idea: How dare you criticize this nice man? He did something nice. Who cares if the memorials are all crosses?

That’s Christian privilege right there. Of course most people won’t mind this because they just assume their religion and their symbols apply to everybody. If The Satanic Temple put statues of Baphomet representing the fallen Americans, the commenters wouldn’t be nearly so accepting.

But let’s give Zanis the benefit of the doubt and say he just wanted to create a nice memorial for the victims rather than intentionally proselytize. He’s still making the assumption that a Christian cross is a default secular symbol for death. It’s not. Courts have already ruled that similar crosses, once placed by the Utah Highway Patrol at accident sites, are unconstitutional. Zanis isn’t a problem, but the Vegas cops helping him might be.

Surely there are better ways to honor the victims than claiming them for Jesus. For example, politicians could pass legislation that makes it more difficult for people to get their hands on assault weapons. That would be a powerful way to remember this tragic event. Right now, though, we only have tiny advertisements for Jesus disguised as a memorial to the dead.

(Screenshot via WGN. Thanks to Kim for the link) 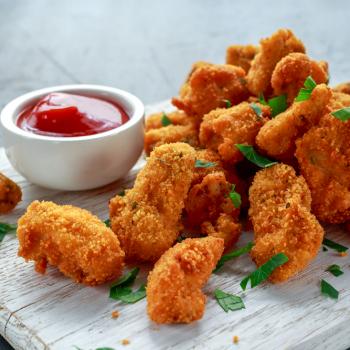 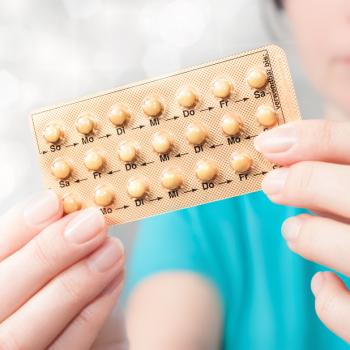 October 6, 2017 Trump Admin Lets More Employers Use Religion to Deny Workers Birth Control
Browse Our Archives
What Are Your Thoughts?leave a comment