While most normal adult human beings can agree that school bullying is a bad thing, professional bigot Linda Harvey isn’t so sure! In her latest column over at WND, the Mission: America founder details her distress over the way good God-fearing Christian children are being cruelly forced to treat their LGBTQ classmates with respect.

This is bad, she repeatedly claims, because “respect” of sin is itself a sin, and the only way these children can be truly Christlike is by telling their peers that they are going to Hell for being themselves.

The specific focus of Harvey’s ire are school-sponsored Ally Weeks, developed by the Gay, Lesbian and Straight Education Network (GLSEN), which are meant to educate students on preventing anti-LGBTQ harassment at school.

Ally Week is a propaganda effort directed toward vulnerable schoolchildren by GLSEN. This radical group has been pushing schools for about 10 years to weave this “No Child Left Uncorrupted” observance into anti-bullying programs, co-opted by implied endorsement of perverse “LGBTQ” identities.

More and more schools send the message that non-homosexual students must become “allies” and condone these behaviors among peers and teachers — i.e., “support” those tragically drawn to conduct called an abomination in Scripture. Kids who memorize Bible passages on Sunday morning are told on Monday at school to cheer on their peers who dive intentionally into sin.

This, of course, is actually very good preparation for the real world. Because, unless all of those Bible-memorizing children grow up to be professional bigots like Linda Harvey, they are going to have jobs at which they have to suck it up and treat LGBTQ people with respect, regardless of how sure they are that Jesus doesn’t want them fraternizing with the Hellbound. The earlier they learn how to do this, the better.

What is taught during these Ally Weeks that Harvey is so upset about? Apparently, basic human decency.

Some teachers incorporate Ally Week into lesson plans. GLSEN has a whole range of suggested ungodly activities. For instance, true “allies” must ask about pronoun use and adhere to whatever confused and linguistically challenged demand they get. GLSEN even sells “pronoun buttons” for homosexual/transgender clubs in Peoria, Little Rock and Kalamazoo to distribute. The groups also provides “Ally” bracelets and rainbow stickers.

And, a true ally will “… correct others if they hear someone being misgendered.” If someone calls a boy, a boy, instead of honoring his delusional fantasy of being a female, “allies” will be sure to affirm the lie.

Oh, the horror of being a person with manners.

What is it, exactly, that Linda Harvey thinks ought to happen? Should children rudely insist upon calling other children things they don’t want to be called? Would she be okay if I insisted on calling her Carl because my deeply held convictions call for it? It could happen! After all, there are just as many religions that require me to refer to women named Linda as Carl as there are Biblical passages on gender pronouns.

Of course, this is not to say that Harvey doesn’t have any sympathy for LGBTQ students. She believes that they’re the ones harmed most of all by these Ally Weeks. What they need isn’t basic human decency, she claims, but rebels who will bravely tell them that they are wrong about who they are.

And where does this leave students who are mistakenly identifying as “gay” or “transgendered”? These kids desperately need to have rebels in their midst, those brave enough to defy the prevailing narrative. Minus this truth, these troubled kids accept that they were probably born this way.

It’s another of Satan’s lies, and as we know, the enemy loves to destroy children.

That, my friends, is the kind of rebel who actually will never, ever be any good.

Harvey ends her rant with a plea for solutions… and lawsuits:

Short of removing children from these deeply corrupt environments, what can we bring to the table as a workable challenge, since not all Americans are Christians? How can we approach child spiritual endangerment at school in a lawful way?

It’s really a constitutional issue of religious freedom. Parents who find this objectionable should initiate lawsuits.

Let’s get to work, folks, and show our schools what true “respect” looks like.

It is definitely possible that she doesn’t know what any of those words mean. Why she would think that bullying LGBTQ students is a constitutional issue of religious freedom that someone could sue over, I haven’t the slightest. Although I’d love to see someone try. (May it please the court, my Christian client was asked to be kind to someone, and that’s cruel and unusual punishment…)

The thing Harvey clearly doesn’t seem to understand is that public schools are public. They are funded by the public, they are attended by the public. As such, every child going to a public school does have the right to be treated with respect, and the school has every right to encourage this, just as they would encourage children to be respectful of each other in other ways.

Perhaps next week, Linda Harvey can regale us all with a tale of how good Christian children are being taught at school to say “please” and “thank you” to everyone, even people who are not Christians. 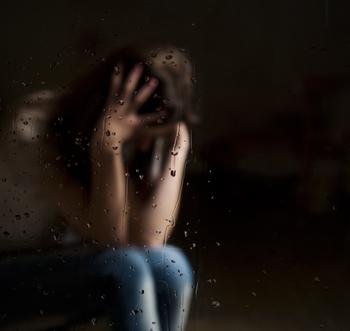 October 5, 2017 Judge Dismisses Satanist's Lawsuit to Remove "In God We Trust" from Money
Browse Our Archives
What Are Your Thoughts?leave a comment