Trae Crowder, the Liberal Redneck, argues that even people who grow up around guns don’t have to accept a world where gun violence happens regularly without any serious attempt at preventing it.

… It’s funny how there’s nothing we can do only when it’s a crazy white motherfucker with a gun.

If it’s a black dude with a gun, “These gangs, man, goddamn. Drugs. Out of control. Law and order. That’s what we need.”

But when it’s a white guy with a gun, which, by the way, it almost always is, you say, “I don’t know. Something ain’t right about this. Something’s fishy here. I don’t know. I’m not jumping to any conclusions.”

There are no doubt atheists who love their guns, too, but if you care about evidence and reason, then you should be aware of the statistics that show gun control goes a long way toward preventing gun violence. At the very least, you ought to support allowing the CDC to conduct research on gun-related violence.

Just because there’s no silver bullet to prevent all mass shootings doesn’t mean there aren’t sensible steps to take to reduce how often these tragedies occur. We do it with damn near everything else that’s lethal.

October 4, 2017
Why the Abuse of Religious Freedom Affects Both Atheists and LGBTQ People
Next Post 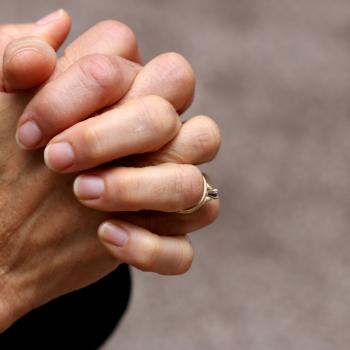