A few months ago, Russ Vought, the nominee to become Deputy Director of the White House Office of Management and Budget, came in front of the Senate Budget Committee for the traditional pre-vote grilling.

Sen. Bernie Sanders made headlines — and infuriated conservative Christians — when he asked Vought about an article he had written for a right-wing website years earlier, in which the nominee said Muslims had a “deficient theology” and would be “condemned.” Sanders asked Vought if those comments were “Islamophobic,” anti-Semitic, and respectful. Vought repeatedly deflected the questions by saying things like, “I’m a Christian.”

It still feels dirty saying this, but I thought the line of questioning was unfair. Vought’s beliefs were no different than just about all evangelical Christians who believe they alone have a ticket to Heaven by accepting Jesus. If you asked any evangelical Christian, “Do you think Muslims are going to Hell?” the answer, by definition, is yes. They believe everyone who doesn’t accept Jesus will pay an eternal price for it.

That may be disturbing theology, but it’s certainly not uncommon, and the only thing that should have mattered was whether Vought would treat non-Christians the same as Christians while serving in a government position. Sanders never asked that question.

So Sanders was roundly condemned for what was seen as anti-Christian bigotry, though I thought it was his religious ignorance more than anything. Sanders seemed genuinely surprised to learn that many Christians think non-Christians are doomed for all eternity.

There may be a lot of reasons to vote against Vought, but the simple fact that he’s religious — and holds traditional evangelical beliefs — shouldn’t be an issue unless he makes them an issue. Without pointing to how his beliefs would lead to discrimination against people who believed differently, there was no need to bring it up.

Something similar happened a month ago.

Amy Coney Barrett, a nominee to become a federal judge, was getting questioned by the Senate Judiciary Committee when her Catholics beliefs became central to the discussion. 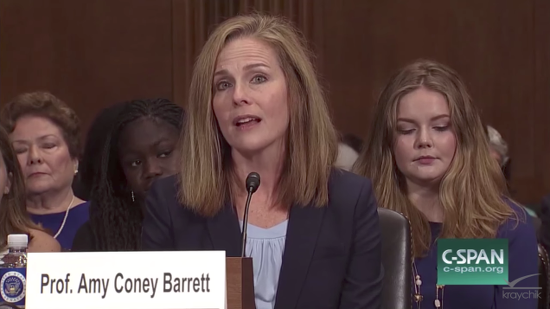 Sen. Dianne Feinstein feared that Barrett would try to overturn Roe v. Wade on the basis of her faith, not because of any legal argument to do so.

“The dogma lives loudly within you,” Feinstein said. “And that’s of concern when you come to big issues that large numbers of people have fought for for years in this country.”

He and the other Democratic senators seemed to believe that religious convictions affect how judges apply the law. “To sit here and pretend that there is no role for people’s personal and private views … when they go to the court — it’s just, it’s so preposterous as to be silly,” Whitehouse said.

He’s not wrong. As I said earlier, finding out when government workers, whether a budget administrator or a federal judge, would put their faith over the Constitution ought to be fair game for questions.

In Barrett’s case, this was especially relevant since she had once written a paper about the role of Catholic judges in death penalty cases (since Catholics believe the death penalty is immoral). Barrett suggested Catholic judges could recuse themselves from such matters to avoid conflict, but added that there were times when they shouldn’t step away. Barrett didn’t say their faith should trump the Constitution, but Democrats certainly interpreted her words that way. While they might agree with her on death penalty issues, they took her statements to mean anti-abortion Catholic judges who can’t weigh those cases objectively should still decide them.

This, to me, was an absolutely appropriate line of questioning since it went to the heart of whether Barrett’s faith would impact her ability to do her job. (You may not believe her, but Barrett said she would never let her religion get in the way of interpreting the law.)

Last week, New York Times reporter Laurie Goodstein attempted to get to the bottom of what had become fair questions: What exactly were Barrett’s religious beliefs, and was there reason to think they would affect her decision-making if confirmed as a judge?

What she discovered was, at first, even more disturbing than the Democratic senators may have known… but the reporting ultimately showed the smoking gun just wasn’t there.

Barrett, Goodstein wrote, belonged to a conservative Catholic group called “People of Praise,” whose members pledge an oath of loyalty to one another. The complementarian sect lays out clearly defined roles for men and women, and all members have advisers called (I’m not making this up) “heads” and “handmaids.”

Current and former members say that the heads and handmaids give direction on important decisions, including whom to date or marry, where to live, whether to take a job or buy a home, and how to raise children.

Legal scholars said that such loyalty oaths could raise legitimate questions about a judicial nominee’s independence and impartiality.

But Goodstein also spoke to a leader of the group who nixed any of those worries.

[Craig S. Lent] later added, “If and when members hold political offices, or judicial offices, or administrative offices, we would certainly not tell them how to discharge their responsibilities.”

Again, you don’t have to believe him, but on paper, Barrett is under no obligation to legislate according to her faith. She very well might do that, and the fact that she’s a member of the Federalist Society and a former law clerk for Justice Antonin Scalia suggests she’ll stick with her ultra-conservative views while on the bench, but the facts suggest she’s not going to rule in a certain way because her religion requires it.

Still, it was perfectly legitimate for the senators to raise the issue during her hearing.

Several right-wing websites were furious that Goodstein would report any of this. Mollie Hemingway of The Federalist said the Times had joined the “campaign” against a Roman Catholic nominee. The Catholic League’s Bill Donohue called the report “Catholic Baiting… from the Left.” The National Review‘s Ed Whelan called it a “hit piece.”

It’s none of those things.

Longtime religion reporter Bob Smietana is right when he says Goodstein fairly dug into this story.

To recap: The religious beliefs of a judicial nominee became a matter of public discussion and controversy. A reporter tracked down the nominee’s specific beliefs, asked questions of whether that nominee had tried to hide those beliefs, and got the leader of the nominee’s religious committee to answer questions raised by critics.

Goodstein’s report was fair. And so were the Democrats’ efforts to find out if her faith would affect her ability to be objective. No one should be excluded from a government position because of their religion (or lack thereof), but it’s absolutely fair game to find out how their beliefs will impact their decision making. 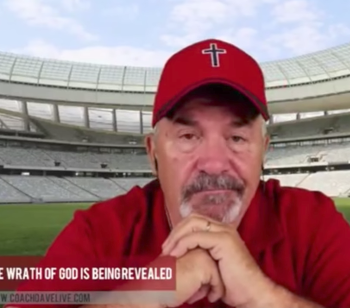 October 2, 2017
Dave Daubenmire: God Let the Vegas Shooting Occur Because Our Nation is "Wicked"
Next Post 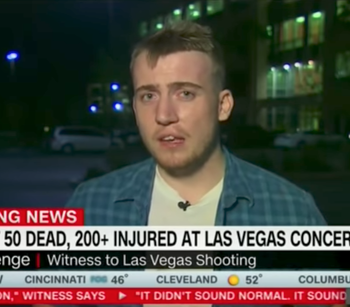 October 2, 2017 Las Vegas Shooting Survivor: "I’m a Firm Believer in God Now"
Browse Our Archives
What Are Your Thoughts?leave a comment